An expert in Dutch art said Thursday it has received recent photos of a painting stolen from the Vincent van Gogh museum, which is according to him a "proof of 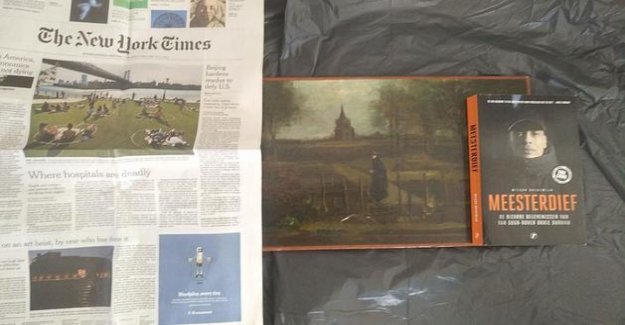 An expert in Dutch art said Thursday it has received recent photos of a painting stolen from the Vincent van Gogh museum, which is according to him a "proof of life" of the work stolen from a museum in the containment.

read also : A table found by the Spanish painter Ribera has been awarded seven times above its estimate

The painting, "The Garden of the presbytery of Nuenen in the spring", was stolen on march 30, in the museum Singer Laren, near Amsterdam, then to be closed due to the outbreak of novel coronavirus. Thieves forced the front door glass of the building to steal the painting, in 1884, with an estimated value of between one and six million euros, according to media reports in the netherlands. Arthur Brand, dubbed the"Indiana Jones of the art world" for his exploits as an investigator, stated that he had received a few days ago photos of the table, from a source he does not wish to identify.

read also : A Picasso for 100 euros: an Italian wins the table