Police in the republic of Tajikistan sentenced for torture "The police of the republic of Tajikistan convicted of torture"

"A police officer in the republic of Tajikistan has been sentenced to thirteen years in prison, among other things, for having tortured a prisoner, and demanded him for money."

"the Prisoner Komil Khodjanazarov was arrested along with a dozen other people in 2017, suspected of belonging to a banned islamist organization. He has continually stated that he left the organisation before it was banned in 2015."

"In a video says Khodjanazarov he was released after paying a bribe to the police, according to Radio Ozodi, the Tajik version of Radio Free Europe. When he later was called to the police for further interrogation, he took the life of themselves."

"Another police officer and a person in the security forces was sentenced last year to 13 and 12 years in prison in the same case, according to a spokesperson for the court."

"human rights groups have long drawn attention to the use of torture in the previous Sovjetrepublikens prisons." 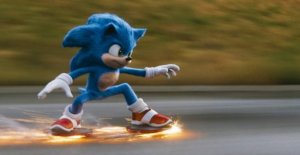