Nigeria, were killed and four other humanitarian workers kidnapped in July last

the PARIS - The armed group responsible for the kidnapping of six aid workers in Nigeria's northeast last July 18, 2019, affirmed yesterday that it had elimi the PARIS - The armed group responsible for the kidnapping of six aid workers in Nigeria's northeast last July 18, 2019, affirmed yesterday that it had eliminated four of the hostages. This brings to five the number of victims of the people who worked for Action Against Hunger, an NGO founded in France in 1979 to respond to the emergency in Afghanistan by some French intellectuals, including Françoise Giroud, Bernard Henri Lévy, Marek Halter, Alfred Kastler (Nobel prize for physics), Guy Sorman, and Jacques Attali, as well as doctors, journalists and writers.

support those who do not have access to food. In a note published by the NGO recalls that any attack against humanitarian workers in the end it has only the impact on the civilian population more vulnerable. Action Against Hunger is currently providing, each month, food assistance to approximately 300,000 people in north-eastern Nigeria, people who do not have access to means of subsistence and food. In addition, Action Against Hunger is reaching thousands more people with health services and nutritional measures lifesaving.

The profile of Action against Hunger. Is an international humanitarian organisation a leader in the fight against the causes and consequences of hunger. For 40 years, in approximately 50 Countries, the staff will intervene to save the lives of malnourished children, provide families with drinking water, food, medical care and training, enabling communities to live free from hunger. 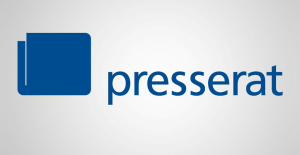