The grey mouse, one of the species of mammals, more invasive, has taken advantage of the settling of early human populations there are 15.000 years ago to conqu 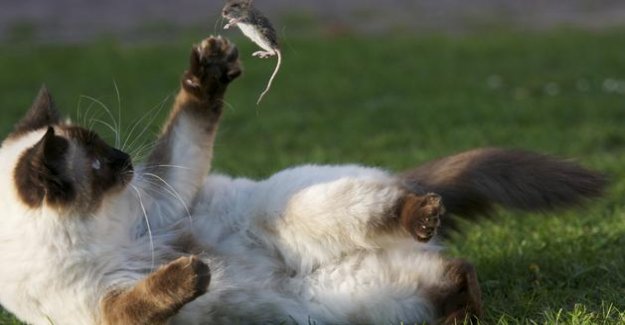 The grey mouse, one of the species of mammals, more invasive, has taken advantage of the settling of early human populations there are 15.000 years ago to conquer the planet, according to a study that shows a combination with the first domestic cats. It is in the middle East that started the history of the biological invasion of "Mus musculus", which is commonly called mouse grey, or domestic, reveals an international team involving eight countries in the journal Scientific Reports.

read more : Fashion or ecology, masks, anti-virus in skin of python and iguana

Over 800 skeletal remains of the little rodent from 43 archaeological sites in the Near East and south-east of Europe, from Iran to Greece, dating back to a period between 40,000 years and 3000 years, were the subject of morphometric analyses (which allows us to reproduce the shape), genetic, and radiocarbon dating. They show the presence of the grey mouse with the man since the first occupations sedentary life, there are about 15,000 years old, who have created an "enabling environment" to this species of rodent is now the most invasive, in front of the rat, explains to AFP the archéozoologue Thomas Cucchi, who led the study.

A cat bringing of the papyrus, and a goose roasted in offerings to a mouse (ancient Egypt, between 1295 and -1075 bce), Brooklyn Museum/Gavin AshworthÀ read also : lion Cubs, cats, crocodiles... mummies of animals unearthed in Egypt

The emergence of agriculture, the cultivation of fields, the increase in the size and density of villages have enabled him to "quickly spread throughout the Levant, of the west bank to Anatolia", there are approximately 12,000 years old, explains the researcher at the natural history Museum in Paris. "Our results show that the relocation has allowed the commensalisme", that is to say, a biological interaction where one species lives at the expense of a host species: "mouse found in the environment of the first habitats sedentary humans many advantages over its natural environment, as a food intake constant and a protection against predators, and competitors", developed by the researcher, whose work aims to "understand how the man has shaped animal biodiversity".

read also : The rats are more likely to learn to drive in a stimulating environment

But it is with the rise of agriculture as the mouse becomes an invasive species, because small mammals have followed the man up to the island of Cyprus, aboard ships, as "stowaways", 10,000 years ago. It is necessary to wait then for 5,000 years for the species to invade Europe. This diffusion in Europe also coincides with the appearance of the first domestic cats, according to remains found on occupation sites in Cyprus, Greece and in eastern Europe. And it is she who would have motivated the domestication of the cat, the origins of which are poorly known. "The wild ancestor of the domestic cat would have been caught in our environment with the mouse, and from there, the man realized at what point the predator was important to protect its reserves of grain," suggests Thomas Cucchi.

Part of the Near East there are 15.000 years ago, the grey mouse (Mus Musculus) has conquered much of the globe while traveling with the man. Wikipedia/Osado

see also black Cat: the origins of the superstition