Hitler : his native home in Austria becomes a police station

The birth house of Adolf Hitler in Austria, destined to become a police station, will be changed a minimum of by the architects, explained this Tuesday, June 2, 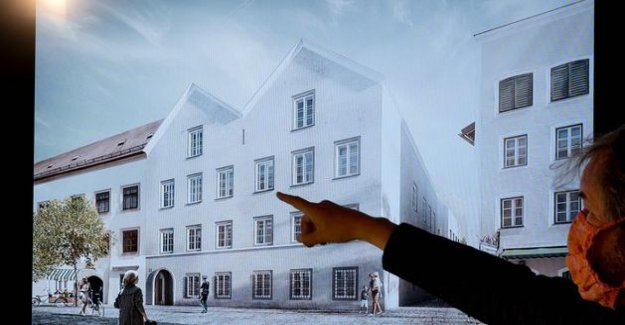 The birth house of Adolf Hitler in Austria, destined to become a police station, will be changed a minimum of by the architects, explained this Tuesday, June 2, the government of which the goal is to "neutralize" this building in the past cumbersome.

It is by its approach is deliberately minimalist in appearance" that the cabinet of the austrian architect Marte.Marte has won the european tender launched to transform the building, explained the president of the jury, Robert Wimmer, at a press conference.

"to Entrust this building to the police is the best thing to do to neutralize it,"

Hermann Feiner, the government of austria,

The austrian government has waged a long court battle to ensure the property this house is located in the north of the country, in order to prevent the birth place of Adolf Hitler April 20, 1889 became a place of pilgrimage of neo.

The building of 800 square meters located in the centre of Braunau am Inn on the German border, will be enhanced by a new roof, and undergo an expansion.

"Entrust this building to the police is the best things to do to neutralise it," said the head of the project to the government, Hermann Feiner.

Several hypotheses have been envisaged for the future of the building, including the demolition or radical transformation of its architecture.

The work will cost five million euros financed by the State. They will be completed at the beginning of the year 2023. "A new chapter, looking to the future, will be opened on the birthplace of a dictator and a mass murderer," said the austrian minister of the Interior Karl Nehammer.

At the end of a long procedure, Austria was permanently become in 2019 the owner of this house, after having been a tenant for over 40 years. An expropriation had to be instituted against the owner.

Austria, annexed by Germany in 1938, has long maintained a complex relationship with its past. After the Second world war, its successive governments have touted as "the first victim of nazism," denying the complicity of many Austrians in the crimes of the Third Reich. A critical eye has started to exercise in the mid-1980s.

The editorial team conseilleCovid-19: Austria sees the end of the crisis, but remains very disciplinéeL'Austria will re-open its borders to the east the 15 juinAutriche: the president placed it in a safe place after a warning to the bombe47 commentairesGabriel Caillaut 1the 02/06/2020 21:58

If this house is so troublesome, why not demolish it and build something new instead?

I would have sopping, it will become a place of recollection of some nostalgic.

We learn that the mausoleum of Lenin in Moscow will be transformed into a welcome center to give blood. The oppositions were bright : why not bury the mummy and free the traffic on the Red square, merge the remains with those of the Romanov family and reconcile the memories, keep only the head to the brain is worth gold and can be put up for auction (George Soros interested), etc ? For my part, I find it good as it is.