Greece claims in London again, the restitution of the marbles of the Parthenon

Greece urged on Saturday the United Kingdom to return the marbles of the Parthenon, exhibited at the British Museum in London, taking advantage of the renewed i 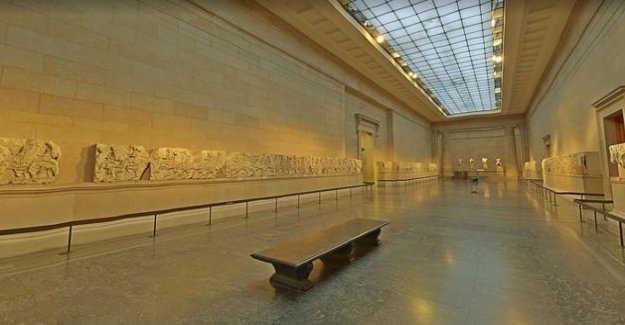 Greece urged on Saturday the United Kingdom to return the marbles of the Parthenon, exhibited at the British Museum in London, taking advantage of the renewed international interest in favor of the reopening of the ancient site, and closed during the outbreak of novel coronavirus. These friezes of antiquity whose representations of battles, mythical between the Greeks and the centaurs - were detached from the Parthenon and shipped to the Uk at the beginning of the Nineteenth century by british diplomat Lord Elgin. They are now one of the centerpieces of the British Museum.

read also : Beijing hopes to the return to Athens of the friezes of the Parthenon exhibited in London

London has always refused to return the sculptures, also known under the name of marbles to Elgin, arguing that they had been taken with the permission of the ottoman leaders of Athens of the time. "The reopening of archaeological sites (...) is the opportunity for the international committees, supporting the restitution of the marbles of the Parthenon to reaffirm their incessant demand and that of the Greek government a final return of the marbles to their homeland," writes Saturday, the Greek minister of Culture, Lina Mendoni, in a press release. The marbles have been the subject of a"looting" and Greece will never recognize the property of the British Museum on the friezes, " says Lina Medoni.

Plate of the riders, one of the 56 plates of the ionic frieze preserved in London. LEON NEAL / AFPÀ also read : To retrieve the marbles from the Parthenon, Greece offers to the England to barter

After two months of closure due to the outbreak of new coronavirus, Greece has re-opened on 18 may, under strict conditions of hygiene, the Acropolis of Athens, one of the ancient sites the most visited in the world, which is home to the world-famous Parthenon. The international Association for the reunification of the sculptures of the Parthenon has sent the 21 may, world Day of the Culture, a letter to the Greek ministry of Culture, offering to renew a pressure coordinated at the British Museum.

read also : the Friezes of the Parthenon : Liam Neeson accuses Britain of "flight"

Greece has been campaigning for several decades for the restitution of the marbles, and at one time envisaged to continue London before the justice. But in recent years, Athens has opted for the diplomatic track, proposing a mediation of Unesco,the UN organization responsible for culture and education, an offer rejected by the British Museum. Elected in July 2019, the prime minister, Kyriakos Mitsotakis, has formally requested that these friezes are lent to Athens for the celebration of the 200th anniversary of Greek independence in 2021.

Greece has opened in 2009 a new museum at the foot of the Parthenon, which hosts the pieces preserved in Athens. LOUISA GOULIAMAKI / AFP

see also - Athens eternal : to know everything about the city of Pericles