Franck Riester seduced by the avatar of Jean-Michel Jarre

In the conference hall of the Royal Palace, the teams of the Ministry of Culture and those of Jean-Michel Jarre begin to stir. "Can you hear me?", asks the ar 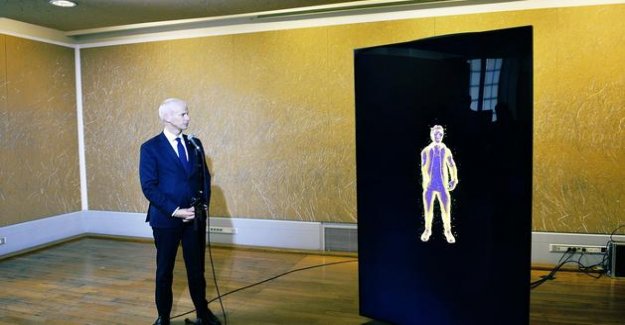 In the conference hall of the Royal Palace, the teams of the Ministry of Culture and those of Jean-Michel Jarre begin to stir. "Can you hear me?", asks the artist from her studio in Bougival, west of Paris. In a few minutes, it must apply to the minister of Culture, Franck Riester, in the form of the avatar that will represent the 21 June during the Music Festival.

read also : Alone Together, the concert of Jean-Michel Jarre for the music Festival, will be completely virtual

To celebrate this edition so special turned upside down by the health crisis, Jean-Michel Jarre has chosen to push back (a little over) the borders of the real. Always at the forefront of new technologies, his project, Alone Together , made with the French start-up VRrOOm, will give a concert unprecedented in virtual reality. Since its recording studio, it is "in avatar, like in the Matrix", it will appear in the eyes of the spectators in an imaginary world, free and accessible to the four corners of the globe on smartphone and on tablet.

For the moment, neither the image nor the sound, does not seem to work. "Can you hear me ?, impatient Jean-Michel Jarre. Because to me, I hear very well in my helmet." Communicators are scrambling and in a slight panic invaded the room. The technical teams are going back and forth before the huge screen casts finally the incarnation digital the master of the electromagnet.

read also : In Paris, Lyon, Lille or Marseille, the Fête de la musique turned upside down by the social distancing

The avatar is sparkly, colored by touches of yellow and purple. Dressed in an open shirt, a pair of sunglasses and sneakers, completely immobile. Stiff as a poker. Trying sometimes a few gestures dry. "You seem a little rigid," jokes Franck Riester. But I'm sure you'll eventually you loosen up." Despite some problems of echoes persistent, the politician and the musician eventually engage in conversation. "You know that the avatars are specialists in the distance," adds Jean-Michel Jarre. You will understand therefore why I do shakes not the hand."

The atmosphere is now relaxed. But beyond these few pleasantries, Jean-Michel Jarre, don't forget to thank the ministry of Culture for the "green light" given to his project. "Alone Together" is more than ever at heart, in the wake of this crisis that shocked the world. "Musicians are the doctors of the soul. And we have seen it in containment. Music has played an essential role, and it is important to consider it at its fair value."

The music of the Brothers Lights

71 years old, the star of the machines, former president of the international Confederation of societies of authors and composers (Cisac), has been defending electronic music and push the performance still further. A pioneer of the genre and revered by his peers for his concerts awe-inspiring and breathtaking, it compares now the virtual reality experience to film actors. "At the time of the lumière brothers, it is repeated that the cinema would replace theater. Finally, it has enhanced it ", argues Jean-Michel Jarre through his avatar. Then to resume : "the new experiences we are afraid of, but the artists must be used because it will become familiar tools. You should explore other things that are in phase with our time."

Of a screen can replace the pleasure of a real room ? Not sure. But Jean-Michel Jarre wants to get closer to it. "I would have an audience of avatars in front of me, takes it. And at the end of the show, some can even talk." On the other side of the screen, Franck Riester nods approval of the chief front of this giant of the scene metamorphosed. "The ministry of Culture is very attached to this project, we look forward to Sunday," he concludes. Hope, however, that the technology will be less erratic on the day.