theatres could "reopen gradually," as early as June, before the cinemas in July, said today, Tuesday, may 26, the minister of Culture, Franck Riester, referri 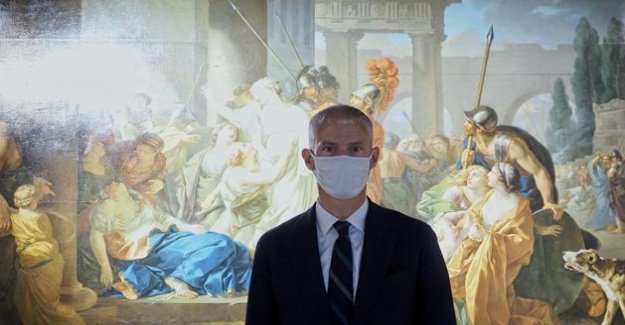 theatres could "reopen gradually," as early as June, before the cinemas in July, said today, Tuesday, may 26, the minister of Culture, Franck Riester, referring to the scenarios studied by the government in view of the new phase of déconfinement.

"To the cinema, we are working on reopening from the 1st of July or the beginning of July. For concert halls, we're trying to say: perhaps we can start to reopen in stages starting in June," said the minister on France Info.

Then he said: "This is not decided, but these are scenarios on which we are working." Before adding that ads on these subjects would be made Thursday after the Council of defence which will include the following déconfinement and the summer period.

the minister of Culture had already mentioned, there are a dozen of days, the deadline of July for the cinemas. He recalled that, according to the operators of cinemas, the reopening should be done at the same time on the whole territory, without distinction of departments in the red zone or green, to amortize the cost of the distribution and promotion of films.

Franck Riester has also defended that the government has been able to book a special treatment at the theme park in the vendée the Puy du Fou, which has announced on Thursday its reopening on June 11, claiming to have been informed of a decision of the president of the Republic to reopen the tourist attractions and theme parks in the green area on 2 June.

The re-opening of the park "will be formalized on Thursday, and it will be specified the terms and conditions as well as the fate of the other amusement parks", has he said, specifying that this sector was the responsibility of the secretary of State for Tourism Jean-Baptiste Lemoyne and not the ministry of Culture.

And in conclusion of his speech, the minister was keen to reaffirm its commitment to support the recovery of cultural events: "My belief, and I'm campaigning for it, is that you can at the same time reopen gradually, concert halls, theatres, able to reorganize progressively (...) a number of concerts including the outside to allow that, gradually, the artists found their audience."

That it is beautiful, the Franky goes to The Louvre!

So to stop unemployment benefits to our mimitants of the chepectacle parasites ?