Elephant man, in the spotlight, to the reopening of cinemas

"They told me: "Nobody wants to see a movie about a monster like that," says David Lynch (Carlotta Films) about the studios put off by the true story of Jose 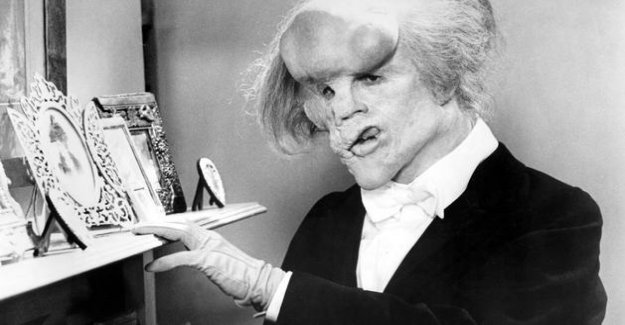 "They told me: "Nobody wants to see a movie about a monster like that," says David Lynch (Carlotta Films) about the studios put off by the true story of Joseph Merrick (1862-1890), the producer Mel Brooks asked him to transpose to the screen.

Yet, the film is shot in black and white, who has celebrated his forty years in the United States in 1980 – it was released in France on April 8, 1981 - is fantastic in every sense of the word. The director of the us, has himself supervised the restoration* in 4K by Studiocanal and the laboratory L'immagine Ritrovata (The image is found). Reproducing with accuracy the sad life of a man bullied by his peers.

read also : The tomb of"the Elephant Man" found in London by a novelist

The flight of John Merrick, the"elephant man" the body is deformed (the excellent John Hurt who comes to play in Alien Ridley Scott), shouting: "I am not an animal, I am a human being !" in the narrow streets and dark of London in 1884, remained in all memories. And the kindness which testified to his respect of the doctor Frederick Treves (Anthony Hopkins upset and upsetting) relieves always our hearts are sore. We all hated the executioner of John Merrick, the cruel, Bytes (Freddie Jones disappeared in 2019) who had transformed John Merrick in "monster" of fair and exploited without scruple. Then, the doctors had lost all dignity, who consider all angles.

The violence is more psychological than visual, David Lynch takes a long time before showing the "character" victim, holding the spectator in suspense. "Beyond the fresco social, I wanted to show how the character reacted to the contact of different situations. He passes from the world of poverty to that of wealth. The two worlds don't know each other and want to be different, but their curiosity vis-à-vis the "monster" is the same," said David Lynch, who delivered his second long feature film after his film studies, Eraserhead (1977).

Impossible not to feel moved by reviewing the biopic nominated eight times for the Oscars. As much as it is magnified by the bright lights contrasting of Freddie Francis, the director of photography and accompanied by the haunting music of John Morris. Arousing the compassion of the spectator, the future filmmaker of Mulholland Drive composed an ode to tolerance vibrant humanity.

*The Elephant man is available in steelbook and UHD in DVD and Blu-ray (Studiocanal).