Death of Zeev Sternhell, a thinker flagship of the israeli left

Historian of fascism French activist committed to peace with the Palestinians, the man, the arc-itself eliminated against the right of the rising in his country 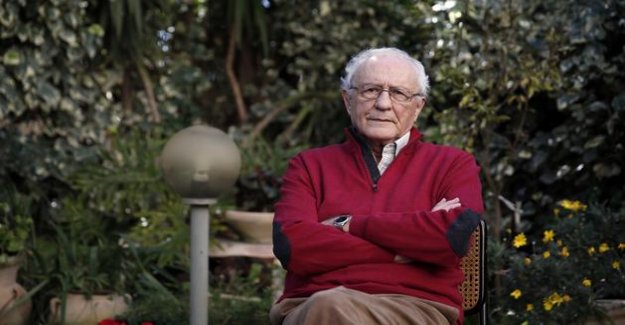 Historian of fascism French activist committed to peace with the Palestinians, the man, the arc-itself eliminated against the right of the rising in his country, the historian Zeev Sternhell, who died Sunday at the age of 85 years, was one of the leading figures in the intellectual and political left in Israel.

read also : "The France does not judge to be its fair value,"

It was also one of the most francophile of the great personalities of this country, a legacy of its tragic history: that of a child born in a jewish family in Poland. His father, who fought in the Polish army, died at the beginning of the war, and then his mother and his sister are killed by the nazis. To survive, her aunt and uncle are making a catholic in full tracking of jews at a time when his native country is built on its territory of the extermination camps.

After the war, a young teenager, he found refuge in France, the country that was to become his homeland's intellectual adoption, and the object of his research, prior to joining Israel shortly after its creation in 1948.

informed Observer of israeli political life, a francophile, he spent a portion of his work to the history of the French extreme right with trials as "Neither right nor left: fascist ideology in France" or "The history of repressed - La Rocque, The Croix de feu and fascism in French", published in 2019.

Sternhell was interested in the "French roots of fascism" and proposed an "examination of conscience" with the French on this tricky subject, which has plunged in heated debates and controversies, remembers his former pupil Denis Charbit, a former student and now lecturer at the Open University of Israel.

For the historian, "Vichy is not a parenthesis, it is preceded, prepared, by the writings, theories, publications, organizations, leagues, factions, etc... And it is true that from this point of view, it was a reading more indulgent of France", told AFP Mr Charbit, who remembers a professor in a "very demanding" but also "to"attentive" to his best students.

last November, Mr. Charbit had hosted a conference of Zeev Sternhell, without a doubt, one of his last, at the French Institute Romain Gary, Jerusalem, in front of some of his most faithful readers, but also criticism, which had been exchanges of sharp and animated.

Cantor of peace between Palestine and Israel

Professor of political science at the Hebrew university of Jerusalem, Zeev Sternhell liked to get out of his tower academic to dip his pen into the wounds of the City and engage, sometimes at the peril of his life, for peace with the arab neighbours and palestinians.

In September 2008, he was shot in the right leg by the splinter of a bomb that had exploded while he was closing the fence of his residence. "The problem is not Zeev Sternhell or an attack against the person of Zeev Sternhell, it is a problem of society, it is a political problem. Our society is becoming increasingly violent," he then said to hundreds of people who came in front of him to show their support after that incident.

The historian had participated in the yom Kippur war in 1973, prior to co-founding the NGO Peace Now, "Peace Now", in favour of a peace agreement between Israel and Egypt.

The NGO is involved today in the fight against the expansion of israeli settlements, sensitive topic currently in the news due to the proposed annexation of parts of the west bank by Israel. "It was the perfect example of a person who has managed to combine academic excellence with a deep commitment to our society and our country", stressed Sunday his university while the tributes were pouring in left field of the company.

In his childhood, Sternhell was the terrible experience of fascism, and throughout his life he had the courage and the strength to fight it. For decades, he has been a voice and fundamental to the right of the Palestinians and against the occupation of the territories, has welcomed Ayman Odeh, the head of the list of the arab parties and the israelis.

The death of the historian, suffering from deafness during his last years, is survived by his wife, a professor, architect, his two daughters and his grandchildren.