Death of Joan-Pau Verdier, figure of the folk revival of the 70's

The singer Joan-Pau Verdier, the figure of the occitan culture and the revival of folk music in the 70s, died in the night from Saturday to Sunday at the age of 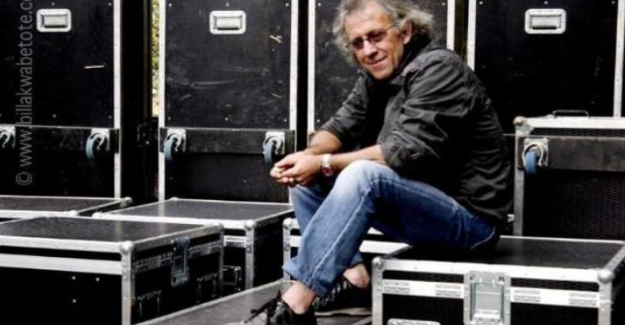 The singer Joan-Pau Verdier, the figure of the occitan culture and the revival of folk music in the 70s, died in the night from Saturday to Sunday at the age of 73 years as a result of illness, learned a correspondent of the AFP at his companion.

major Figure of the song in occitan, artist, libertarian admirer of Léo Ferré, Joan-Pau Verdier (born in 1947 in Périgueux, had recorded his first record in 1973 and was based with Jean-Bonnefon, Bigaroc and participated in the group perigord Peiraguda.

read also : Yves Rouquette, champion of the Occitan is death

Host of a radio show in language of oc, it was a well-known voice for more than 20 years on the airwaves of radio France Bleu Perigord, who announced Sunday his death in Brive (Corrèze).

In total, he released 17 albums, among which are Taboo-the-cat and the Chantepleure, and a final opus, The dream stowaway, released in 2010. The occitan poet was one of the architects of the folk revival from the French in the first half of the 70s, to the side of Brittany Tri Yann, Alan Stivell.