California takes up the shoots, but not in the Hollywood studios

California is going to introduce as early as next week his plan for the resumption of filming of television and cinema, but Los Angeles, which is the main focus 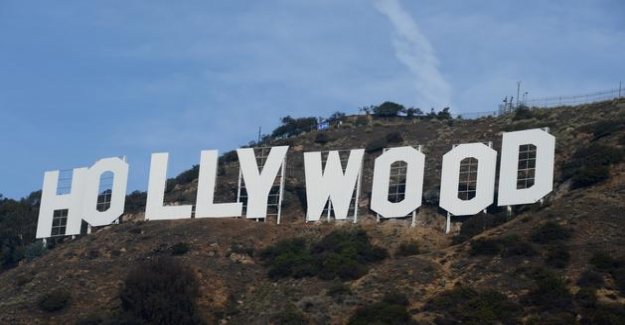 California is going to introduce as early as next week his plan for the resumption of filming of television and cinema, but Los Angeles, which is the main focus of Covid-19 in this State, will still have to wait, announced on Wednesday the governor. The studios are deserts since California has taken containment measures to stem the spread of the pandemic in mid-march.

read also : movie Theaters closed, and shooting down... The Hollywood studios survive in the coronavirus ?

The majority of the 58 counties of the State "will have the capacity to" organize the resumption of filming by implementing some measures that will be detailed Monday, " said governor Gavin Newsom. But the county of Los Angeles where is located Hollywood and nearly 900,000 jobs in the entertainment industry, is too affected by the Covid-19 to consider such a takeover in the immediate future.

I don't want to gild the pill (...) We have an increase in the number of cases in the region and because of that we are going to have some delay.

The director of the office of the governor of California.

"Even today, the number of deaths recorded has affected this county in a manner disproportionate", noted the governor Newsom, considering that it would likely be several weeks behind the other areas. In total, more than 86,000 cases of Covid-19 and 3485 deaths were recorded in the whole of California. The only county of Los Angeles displays nearly 40,000 cases and more than half of the deaths (1926).

"I don't want to gild the pill (...) We have an increase in the number of cases in the region and because of that we're going to be late," warned the director of the office of the governor, Ann O'leary, at a meeting in videoconference with leaders of the entertainment industry.

The machine is Netflix is reviving

the person responsible for The content of Netflix, who took part in this meeting, for his part, felt that "to take liberties with security," would have "terrible" long-term effects. Mr. Sarandos has held that the productions requiring only small teams, such as for documentaries, could resume more quickly, but that the shooting of films with shots of crowd would require "a lot of security and an important logistics".

Netflix has already revived the production in some countries, such as Iceland, Sweden, and South Korea. For the director, Ava DuVernay (Selma), teams of film-making should be divided into "cells" of small size, the presence of which on the plates would be alternated to reduce the risk of contagion. As to the star of This Is Us, John Huertas, he pointed out that the television series, filmed in Los Angeles, could not resume until January in the case where "a second wave" of the epidemic would occur this summer.

The editorial team conseilleHollywood déprogramme into a disaster all its blockbusters in front of the advance of the coronavirushttps://madame.lefigaro.fr/celebrites/cinema-scenario-catastrophe-a-hollywood-covid-19-140420-180578SujetsHollywoodCoronavirustournageaucun comment