Björn Kjellman: the Expulsion to Afghanistan must come to an end

once again done the unthinkable - Sweden tvångsutvisar LGBTQ young people to Afghanistan. We happen to know one of these guys who identify themselves as gay. He 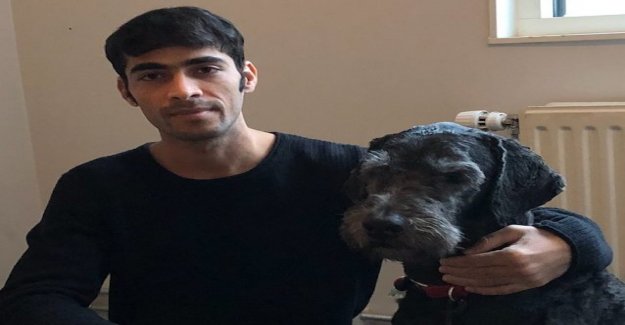 once again done the unthinkable - Sweden tvångsutvisar LGBTQ young people to Afghanistan. We happen to know one of these guys who identify themselves as gay. He called Hameed Usefi and are currently locked in a custody. Like a criminal. He wants nothing more than to be able to live a life where he has the opportunity to be the man he is. Love whomever he wants. He has survived very difficult conditions in their home country, and he is even one that has been affected by the uncertainty of the asylum process. Despite the non-attendance at school, he has already read in primary school and even had time to begin their upper secondary school in Sweden.

background when these young people came here three years ago. In the autumn of 2015, we were at the Medborgarplatsen in Stockholm, and heard Stefan Löfvens speech in the rain. We can disagree on the issues of migration and asylum policy, but together we have a lot of that through work, curatorship, foster care and volunteering has gathered around the young people who fled here without their families.

We have learned a lot about our country and some government agencies. And amazed we have heard how privileged opinion-makers on the offensive use of their platforms to spread rumors and dehumanize this group. Now it has been three years, and civil society has stepped in where the authorities and the law turned its back on them. Some of them can breathe out thanks to the new so-called gymnasielagen. Others live in a panic that maybe to be on the list for Tuesday's deportations. At 21.05 on tisdagkvällen lift the plane from the airport with destination Kabul.

In the vacuum that has arisen in anticipation of a new government continues tvångsdeportationerna with full force to the war in Afghanistan. Expulsions must put an immediate stop and the only thing reasonable is to give them amnesty.

Björn Kjellman is an actor and Kajsa Aronsson is the designer.

Read more: Agneta Pleijel: ”never let go of the idea of a rational and human world.”