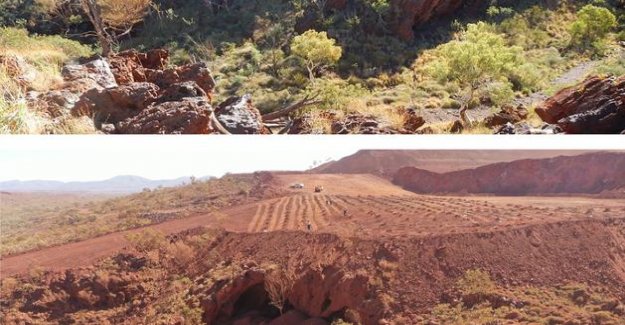 The mining giant anglo-australian Rio Tinto has acknowledged having inflicted an irreversible damage to prehistoric caves that were inhabited by Aboriginal people there are more than 46,000 years ago, when work on the explosive to expand an iron-ore mine, in the remote region of Pilbara.

read also : In Marseille, the Cosquer cave reconstituted at the entrance to the Old Port

community representatives said that the cave Juukan Gorge, western Australia - one of the oldest known sites occupied by the Aborigines in Australia - had been destroyed, calling this act of "devastating" for the community. Explosives have been used near the site Sunday, in accordance with the authorisations issued by the State government seven years ago, said Rio Tinto in a statement.