A structure of more than 4500 years and 2 kilometers in diameter, discovered near Stonehenge

A structure prehistoric "unique", forming a circle of more than two kilometres in diameter, was put at the day close to the famous megalithic site of Stonehen 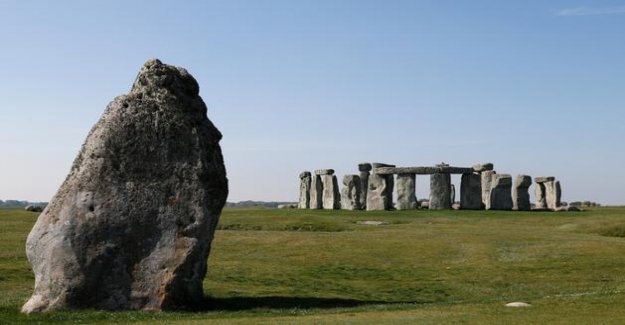 A structure prehistoric "unique", forming a circle of more than two kilometres in diameter, was put at the day close to the famous megalithic site of Stonehenge, in the South-West of England, announced on Monday the scottish university of St Andrews. "The field work and analyses in recent years have revealed the presence of twenty excavation of massive prehistoric or more, a diameter of over ten metres and five metres deep," said in a press release the university, who has worked with other higher education establishments on the site.

read also : The neolithic age, men were converging towards Stonehenge for the party

These excavations form a circle of more than two kilometres in diameter around the speaker ("henge") neolithic Durrington Walls and the site of Woodhenge, about three kilometers from Stonehenge. They would have been dug there over 4,500 years ago, around the time that Durrington Walls was erected. According to archaeologists, these excavations would have marked the boundaries of a sacred area to the neolithic, associated with the appearance of the first farmers in Britain and sometimes the erection of very large structures ritual.

These excavations form a circle of more than two kilometres in diameter around the speaker ("henge") neolithic Durrington Walls and the site of Woodhenge, about three kilometers from Stonehenge. University of St Andrews

"However, no structure prehistoric in the United Kingdom around an area as large as the circle of excavations at Durrington, and this structure is currently unique," stresses the press release. To Richard Bates, of the school of environmental sciences at the University of St Andrews, the discovery "gives us a glimpse of the past that shows a society still more complex than we could ever imagine".

read also : In England, the stones of Stonehenge threatened by the construction of a tunnel,

"The practices clearly sophisticated demonstrate that the people were in harmony with the natural events to such an extent that we can hardly conceive it in the modern world in which we live," he added. The announcement of this discovery comes just after the celebrations of the summer solstice on the site of Stonehenge, which together usually thousands of people but are being held this year on the internet due to the pandemic of novel coronavirus. Nick Snashall, archaeologist for the Stonehenge and Avebury World Heritage Site, hailed the discovery "astounding" that "offers us a new vision about the life and beliefs of our ancestors of the neolithic".