A pandemic on the March to the artist, François Schuiten

Creator of the fantasy series Les Cités obscures with his accomplice Benoît Peeters, the Belgian François Schuiten has broken out on the planet of Mars thanks t 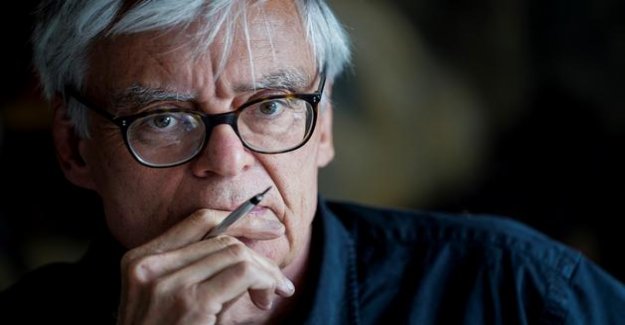 Creator of the fantasy series Les Cités obscures with his accomplice Benoît Peeters, the Belgian François Schuiten has broken out on the planet of Mars thanks to the design during the outbreak of coronavirus. During this period, which created "distrust and irrational", he regretted that the culture is not "down the street". The designer of a 64-year-old, who had announced in 2019 to stop the BD for fear of making the album too, overflows of projects.

How have you lived this period of confinement ?

I have the chance to do a job which is of course confined, we plunge in the drawing, in the imaginary, our stories, our passions. The drawing, it is magic, it does not need anything, a sheet of paper, a pencil... It is an extraordinary privilege. When I'm bad, I draw and it gets better, this is my way to cure myself. I've never been so drawn with a beautiful concentration. Even during the rendez-vous Skype, I continued, the camera does not show the hand. When I was a child in the classroom, I hid my hand from the sight of the professor to draw.

What will you remember ?

What I was most interested in, is how it creates a sense of fear throughout the world. Fear creates distrust, irrational. We had some attitudes outside of all logic (...) We saw people terrified, this is very troubling, it gives a feeling of great sadness because to see the smiles, to be able to touch the people, it is what is beautiful. Suddenly we were deprived of these emotions, it is a terrible frustration. The word "war" (used by Emmanuel Macron) this is a colossal mistake, I didn't like the infantilisation... It is a situation that could be likened to the war, but only in hospitals and places where we took care of them. For most people, it is a judgment, a withdrawal, an extremely difficult situation. This word dramatize excessively. I don't like that I'm taken for a fool, I am always sensitive to people who are trying to help me understand, and not that guide me as a little boy who would have made a mistake.

How do you see the world after ?

The city of the post-virus, this is what we should have done (for the containment), put the culture in the street, in the middle. Rather than people typing on the pans, they have a quarter of an hour with an actor who would read a few poems at the microphone... Or the projection of images on facades, we could do everything. It was unsettling all the potential that it opens when there was more cars... We have seen all the emotions that could give us the city so that it is rigid in its functional roles, travel to food, to work. I was pissed off that the artists do not invade the streets, does not create any shows outside, all the balconies can become balconies of the theatre. Why didn't we decided all together, I also want, to invent a culture of containment at the heart of the city ?

What projects during and after the crisis ?

A travel book collection louis Vuitton on... March. For the first time, it will be in a city that does not exist. I travel on Mars, it is very mineral, I am surrounded by books on March. It is an immersion that is quite rigorous at the level of the lights, the climate... there will be 120 colored drawings, I've made 40. A series of futuristic Compulsions for a u.s. producer, starting first by my pictures, which makes me participate in the story. This will be a picture book then a series. Muse, a show with a dancer and a musician around the drawing in the making. I will do the drawing live. I just win a contest with an architect to "depict" the CNIT of la Défense, The huge veil of concrete, which will host a new station of the Grand Paris. Thousands of square meters to which we must give an identity.