A man that I could love : Catherine Deneuve, tells his Michel Piccoli

It was not expressed publicly since his stroke in November. It is to pay homage to Michel Piccoli, Catherine Deneuve has decided to speak for the first time sin 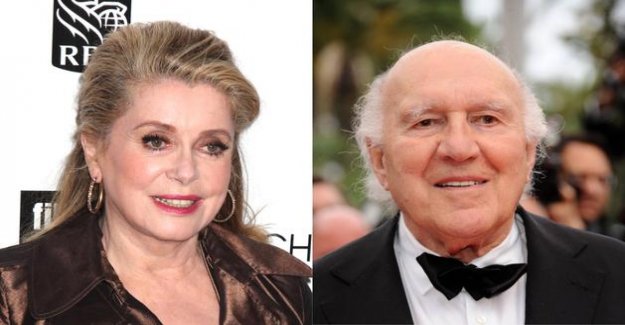 It was not expressed publicly since his stroke in November. It is to pay homage to Michel Piccoli, Catherine Deneuve has decided to speak for the first time since long months. For Les Inrocks , the actress looks back on her relationship with the actor of the Contempt, with which she shared the screen many times since the 1960s.

"Michel and I have shot a lot of movies together," recalls the actress of 76 years. Eleven, to me, it seems. It has created a strong enough bond between us, but I wouldn't call it friendship, because we are little seen outside of these shootings. But our complicity in the work was very strong and it is extended on a very long time. We loved to find us. An intimate connection, a mutual understanding, fun to be together, to be handed in immediately in place each time that we were shooting together."

I remember that Michael was very cautious with Juliette Greco, and at the same time there was between them an atmosphere extremely blagueuse, a game perpetual. They were constantly in one another on the ground of irony, and derision. It was very charming.

Catherine Deneuve then tells his memories of each of their appearances on the screen since The Creatures (Agnès Varda, 1965). "Michel and I we are from the outset very well," she says. I greatly appreciated his humor, his charm, his mischief, a form of reserve also." The actress remembers the complicity between Piccoli and Juliette Greco, who came to attend the filming of Belle de jour (Luis Buñuel, 1967). "I took a lot of fun to watch," she says. I remember that Michael was very cautious with it, and at the same time there was between them an atmosphere extremely blagueuse, a game perpetual. They were constantly in one another on the ground of irony, and derision. It was very charming."

Of all their shared experiences, La Chamade (Alain Cavalier, 1968) has almost been the beating heart of the actress for Piccoli. "This is probably the film in which we were the closest," she says. We had a lot of scenes together. This was also due to the nature of what we were supposed to play: a couple intimacy is very strong. All of a sudden, he became a man that I could love. It is a reminder to be very intense."