Almost four weeks after the end of containment, the middle of the culture attempts a gradual return to normal. Throughout the territory, monuments and museums, 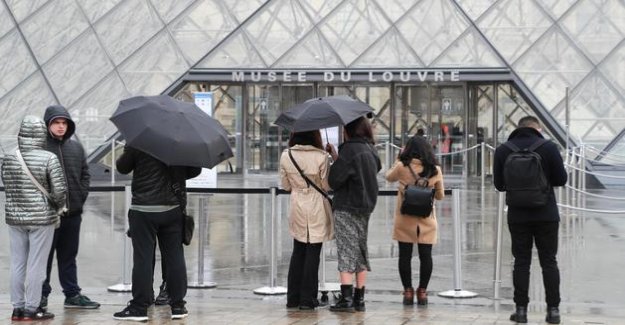 Almost four weeks after the end of containment, the middle of the culture attempts a gradual return to normal. Throughout the territory, monuments and museums, have been able to welcome new visitors since Tuesday. Theatres and cinema are about to reopen from the 22nd of June, with measures appropriate health.

according To a study conducted by the company ticketing Weezevent in partnership with Ifop, 9 out of 10 French would be worried to engage in entertainment activities in the current context.

read also : Coronavirus: the end of a long tunnel for the culture

Conducted with a panel of 1017 individuals from 18 to 20 may 2020, that is, during the first phase of déconfinement, this survey allowed to assess the way the French see themselves vis-à-vis the practice of entertainment activities and participation in events in this period of post-confinement. While 9 out of 10 French are participating in a cultural activity in "normal times", 93% of them say they are now "missing".

We note, as well as what activities are the most captivating are the most in the French, as the practice of an amateur sport, the access to festivals, to sporting events, theme parks and night clubs. Then come the concerts and performances, on a par with the cinema.

This lack felt by most interviewees is not sufficient to hide their uneasiness with the idea of resuming these activities. Thus, 93% of them admit to feelings of apprehension, particularly for the cultural practices, involving high physical proximity, such as nightclubs, festivals, fairs and shows, and the concerts and shows. With regard to the return in the museums, where the flow of visitors is more easy to regulate, there appears to be little alarming for a majority, with 65% of the French admit to feeling only a slight concern or even not be at all worried at the idea of surrender to the feet.

will This be enough there to give them the desire and the taste to return to their cultural practices ? According to this study, only a minority of French think go back to the museum (19%) and cinema (16%), and in the theaters and concerts (13%) as soon as they open, the majority preferring to wait a few weeks or even a few months. 85% of the respondents stated that, at the same time, wanting to maintain or even increase their budget on the entertainment.

"Our economic model is not going to take"

numbers little encouraging for the professionals of the sector who fear they will already be weakened by social distancing applied within their institutions. "It is important to understand that removing seats or space for people standing, is to reduce the gauge. Our economic model is not going to take", had told the Figaro Malika Séguineau, director-general of the Prodiss, the lobby of the producers and owners of show rooms.

read also : Coronavirus : a museum-in-ten could never reopen according to Unesco

More confident, Jocelyn Bouyssy, CEO of the group CGR (702 theaters and 25 million visitors per year), table on the desire of the spectators to find the cinema. "People have a thirst for something else after having spent more than two months on the platforms."

The editorial team conseilleRemis to nine during the confinement, the chateau of Versailles reopened its doors on 6 juinQuels films he will be able to see at the cinema, on the 22nd of June?Molières 2020 found their board salutSujetsCoronavirusMuséecinémadéconfinementthéâtre3 commentairesPAPINO106le 04/06/2020 15:23

I've never had, so no fear from my side.

they are afraid ? what?

On the other hand, it is piled up on the terraces without a problem in Paris. It plays key-button, you see the pizza in the middle of the boulevard Hausmann. Incredible but true, was said to have Jacques Martin