– I forget the name – but the poetry remains

"– I forget the name – but the poetry remains." "Michael Ondaatje on aging and the new novel ”Lyktsken”" "This is a kulturartikel which is a part of Aft "– I forget the name – but the poetry remains."

"Michael Ondaatje on aging and the new novel ”Lyktsken”"

"He had his breakthrough with ”The English patient”."

"New novel ”Lyktsken” has been described as a masterpiece."

"He is on a european Tour and has a busy schedule of appearances and interviews. And I think that he must be tired to answer all the questions from us journalists, the questions he must have received many times during its 75-year life."

"But Michael Ondaatje is a wonder of calm and patience."

"He says that every book he writes takes about five years. And that he writes by hand."

"– I began as a poet. To write poetry is for me something intimate, where I share with you my innermost thoughts. Then I would not have any computer between me and the text. "

"Then he continued in the same way, even when the texts became longer and developed into novels."

"Michael Ondaatje was born in Sri Lanka, moved at the age of eleven to London with his mother and on to Toronto in Canada when he was eighteen."

"– Where I had a wonderful university lecturers in English literature. He got us to play theatre and to discover poetry. But then I did not know that I would become a writer. It always amazes me when I hear people say that they are already as a six-year-olds knew what they would become as adults."

"After the studies he supported himself as a teacher."

" I gave out a few collections of poetry. Gradually it became more prose, but I saw it a long time as a hobby."

"He made his debut in 1976 and he writes novels, poetry and screenplays."

" I do not want to know what a book should be about when I begin to write. I want to discover the story gradually. I want to be surprised. If I in advance had a plan, I would be bored. "

"the Idea for ”The English patient” he got when he saw a picture in a magazine on a nurse and her patient. "

" Who were they, and what they spoke about? "

"Embarrassed by the award,"

"More than that, he did not know when he began to write. ”The English patient” came out in 1992 and became a worldwide success. Last year was named the novel the best of all the booker prize-winning books in 50 years."

"– I felt a little embarrassed. There are so many authors who could have received the award."

"the Story was played out at the end of the second world war. An aviator crashes his plane in the Sahara and become so brännskadad that he cannot identify. He is cared for by a nurse in a convent in Italy. She knows only that he is from England. "

"– Director Anthony Mingella and I became close friends when he insisted on making a movie of the book. I had no input on what changes he made in the script or the actors who were engaged."

"in the First sentence important."

"It turned out to be a wise attitude for the film adaptation of ”The English patient” received nine Oscar."

"– Many people have their own images of the brain on the different characters in a book. I have no idea how I'm writing about looks like. I just feel to their interior."

"Michael Ondaatje would like a strong first sentence on the spot when he starts to write. In his new novel ”the Lyktsken” reads: ”in 1945, traveled with our parents away, and delivered our care for two men who possibly was the criminal.”"

"Nathaniel, 14, and his sister, Wren, 16, feel first abandoned but realize then that they can live a freer and much more exciting life with the man who got the mission to take care of them. They call him Nattfjärilen. In their houses, collected a series of eccentric men and women, who in various ways seem to have decided to protect the young people."

"– The criminal was fun and took them on various adventures. Among other things, they had to smuggle greyhoundhundar to hundkapplöpningar in England and follow in the small boats could make their way into a secret system of various channels in the river Thames. "

"Put in the archives in weeks."

"Michael Ondaatje never do any research for a new writing project."

"– I learn everything I need to as the story grows. And I learned very much when I wrote this novel. I went to London, sat in the archives for weeks and read about the war and the postwar period."

"When he finished writing, he shows the script for three, four close friends."

"– Then have no one read a row during the four years so it feels a little nervously. But when they said its still the one that I love the most. To edit the content, move the pieces, write about and do finputsningar."

"Michael Ondaatje is 75 years old. Will he be able to carry additional five-year romanprojekt?"

"– That I ask myself also. I notice that I'm getting old. I forget the names, especially of other writers. But the poetry remains. It is my most personal writing, simple sentences which clarify the reality – not the other way around."

"Family: Married to author Linda Spalding, as he runs a literary magazine with the. Two sons from a previous marriage."

"Background: Has written many novels, of which ”The English patients” is most known. It was a D.o.a. film, including Ralph Fiennes, Juliette Binoche and Kristen Scott. Other books include ”Anils shadow” and ”the Cat's table”. Now up to date with the ”Lyktsken” (Nature & culture)."

"favourite authors: Right now, JC Carr and Jeanette Haien, who wrote a long time ago and is almost forgotten now." 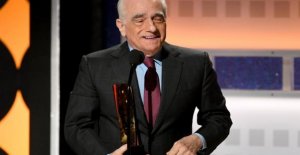 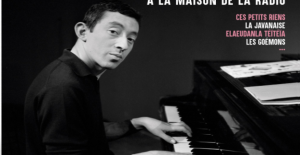