Who is Peiter Zatko, the hacker and whistleblower who is weakening Twitter?

Peiter Zatko's hacking skills are so impressive that he's one of those men the digital giants prefer to have as allies. 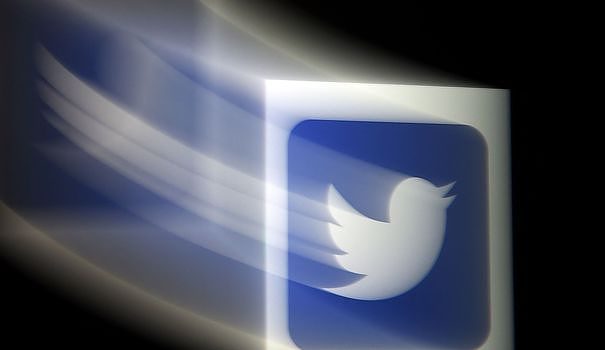 Peiter Zatko's hacking skills are so impressive that he's one of those men the digital giants prefer to have as allies. However, after having succeeded in counting him in its ranks, Twitter has alienated him, and must now face the argued anger of the man who is considered one of the best cybersecurity experts in the United States.

In an 84-page document addressed last July to the American Congress, as well as to the SEC (the regulator of the financial markets), "Mudge", as he is nicknamed, recounts in detail the major flaws which characterize Twitter: the servers Outdated software and software vulnerable to network attacks pose, he said, "threats to national security and democracy." Additionally, Twitter reportedly sought to hide the number of hacking attempts from members of its board of directors, as well as authorities. The report is taken very seriously, as Congress knows the hacker's CV well.

Born in 1970 to scientific parents, Peiter Zatko grew up in Alabama and Pennsylvania. As a teenager, as if to practice his skills, he broke the copyright lock on electronic games. As a young adult, he refined his registry and invented a process to make password protection unnecessary. In 1995, at only 25 years old, he wrote a book explaining how to hack Windows. Zatko seems to be growing faster than the internet, and in 1998, while a member of the notorious LOpht hacker club, he warned Congress that he could cripple the global network in half an hour. Because "Mudge" is a hacker in the service of the common good (white hat), and rather than blocking the computer system of public services to make money from it, he aims to protect companies from malicious colleagues.

Thus, he worked for several years in computer security for the Department of Defense and participated in various projects led by the White House. From a hacker in his youth, Peiter Zatko is therefore becoming a "hacktivist" and, in 2020, it is in the service of Twitter that he intends to put his skills. Co-founder and then-executive Jack Dorsey needs an expert with impeccable morals to protect the network, then damaged by a teenage hacker who hijacked the accounts of political leaders.

At the Washington Post, as well as CNN, the two American media to which he has decided to share his revelations, Zatko declares that he "jumped at the chance", but he will never integrate into the company. Some consider him "arrogant" or call him a "bull in a china shop", according to testimonies collected by the American daily. The departure of Dorsey on November 29, 2021, and the arrival of Parag Agrawal, only make the situation worse. According to the version of Peiter Zatko's lawyers, the latter would have wanted to inform the members of the board of directors of the major security breaches, which Agrawal would have refused. He was fired in January 2022 on the grounds of "ineffective leadership and poor performance".

By delivering a report on Twitter's passivity in terms of data protection and the company's obsession with the growth of the number of users, Zatko joins the family of whistleblowers. Under this status, he is now supported by the Whistleblower association, which also protects Frances Haugen, a former Facebook computer scientist whose revelations last fall tarnished the reputation of the social network. "It took the courage of a high-ranking whistleblower with an impeccable reputation on issues of ethics and integrity for government agencies and the public to learn the truth," a statement said. Libby Liu, the director of the organization.

This case is, in any case, timely for Elon Musk, who, after considering buying Twitter, retracted on the grounds of minimizing the proportion of spam and fake accounts. A problem also pointed out by "Mudge". Engaged in a legal battle which may cost him 44 billion euros in severance pay, the billionaire hastened, through the voice of his lawyer, to invite Zatko to appear during the trial between the two parties, scheduled for october.

Difficult to say what will be the impact of the hacker in this procedure. But the emergence of this new actor is already a lot of fun for the billionaire. By provocation, the latter also published on his Twitter account a drawing of the character Jiminy Cricket whistling, an allusion to the English word "whistle", which means both "whistle" and "whistleblower".