What is "Orion", the French army's giant military exercise scheduled for 2023?

It is a military exercise which will have the particularity of involving all the components of the armies (land, sea, air, space) in all the material and immaterial fields (cyber, information, etc. 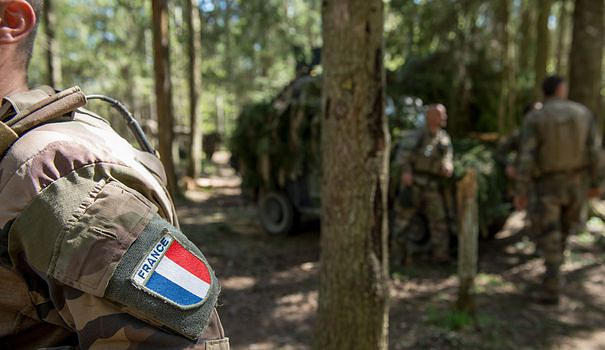 It is a military exercise which will have the particularity of involving all the components of the armies (land, sea, air, space) in all the material and immaterial fields (cyber, information, etc.). Her name ? "Orions". This unprecedented scale exercise since the Cold War prepared by the French armies will take place in the first half of 2023. It will mobilize up to 12,000 soldiers on the territory in a scenario of major conflict against a State, whose war in Ukraine confirms the relevance.

The Army's new Griffon armored vehicles, Leclerc tanks, but also ground-to-air defense systems, combat aircraft as well as the Charles-de-Gaulle aircraft carrier and two amphibious helicopter carriers will be deployed there. . European partners (Germany, United Kingdom, Belgium, Italy, Spain) will also be associated with this exercise, as well as the United States, which will play a division in a digitized way.

"The geostrategic context justifies this exercise" whose idea was born in 2020, well before the Russian invasion of Ukraine in February 2022, underlined Tuesday November 15 General Yves Metayer, commander of the employment of forces division at the General Staff, during a conference presenting the "Orion" exercise. "In 2017, the (French) Strategic Review described the arrival of the prospect of a major conflict and the need to prepare for it. We must adapt our operational preparation and our doctrine of employment" after more than two decades of asymmetric war against the jihadists, he commented. “We must prepare for the worst to prevent it from happening or to be able to mitigate the consequences,” General Métayer also said, reports Le Monde.

This large-scale exercise will consist of three phases. Between the end of February and the beginning of May, 7,000 soldiers will be engaged in the south of France in a sequence which will include naval operations in the Mediterranean, an amphibious operation in Sète (Hérault) then an airborne phase in Castres (Tarn). It will be a question of simulating an intervention in a fictitious country, destabilized by militias, called “Arnland”, bordering a powerful State orchestrating these disorders, and endowed with nuclear weapons, called “Mercury”.

Then, from mid-April to early May, the armies will simulate a high-intensity air-land confrontation against this neighboring state, with the deployment of 10 to 12,000 soldiers in Champagne, in a front area fifty kilometers long and 200 kilometers wide. depth.

Between the two major sequences, a civil-military phase will be organized under the aegis of the General Secretariat for Defense and National Security (SGDSN), which will focus on the various means of civilian support to the armies in the event of a major engagement ( health, transport, etc.), reserves and informational warfare, in accordance with the armed forces' now stated desire to make "informational warfare" and "influence" a field of combat in its own right. "After the fall of the Berlin Wall, the mechanisms that existed during the Cold War were allowed to wither away in the event of mobilization", argues General Yves Metayer. As noted by Le Monde, an exercise on the scale of "Orion" should now be carried out every three years, according to the general staff of the armies.