War in Ukraine: the United States announces to strengthen its military aid to kyiv

While Russian President Vladimir Putin said on Friday, October 14, that he was not "immediately" planning new "massive" strikes on Ukraine, nor expanding the mobilization he ordered three weeks to deal with the setbacks of its army, the United States has announced that it will strengthen the military aid it has allocated to Ukraine since the start of the conflict. 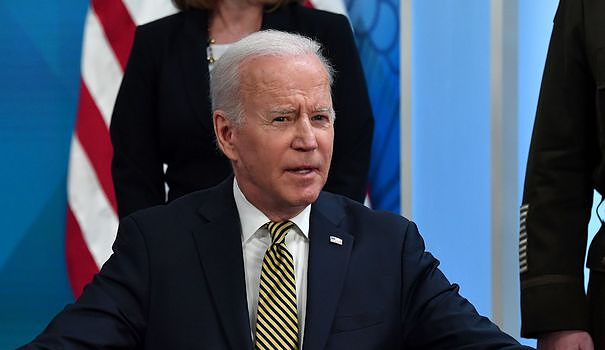 While Russian President Vladimir Putin said on Friday, October 14, that he was not "immediately" planning new "massive" strikes on Ukraine, nor expanding the mobilization he ordered three weeks to deal with the setbacks of its army, the United States has announced that it will strengthen the military aid it has allocated to Ukraine since the start of the conflict.

The Russian invasion of Ukraine is "the most important factor" in the global economic slowdown and instability at work, said Friday, the chair of one of the main committees of the International Monetary Fund (IMF). “War is the most important factor in slowing growth and rising inflation, volatility, food and energy insecurity, and uncertainty,” she listed, describing the research. of peace as the essential tool of economic policy. This committee, which counts Russia among its members, failed to reach a final communiqué after its meeting, due to a lack of consensus.

On Thursday, the finance ministers and central bankers meeting as part of the G20 in Washington also failed to reach a final statement because of Russia's presence in the discussions. This is the third time in a row that the G20 Finance has not produced a final press release.

The Pentagon has announced that the United States will provide 725 million dollars in additional aid to Ukraine, which brings the total sum allocated by Washington in support of kyiv to 18.3 billion. This new batch includes ammunition from Himars - a rocket launcher mounted on light armor very useful during the counter-offensives led by the Ukrainian army -, 23,000 artillery shells, 5,000 anti-armour mines, 5,000 weapons anti-tank or 200 transport vehicles.

The Saudi news agency SPA reported that Saudi Arabia will send $400 million in humanitarian aid to Ukraine, with the aim of "supporting anything that will contribute to de-escalation", in the words of Mohammad Bin Salman. In recent hours, the crown prince has spoken by telephone with Volodymyr Zelensky, in order to show Ukraine that "the kingdom was willing to continue mediation efforts."

The SpaceX company can no longer afford to continue financing the Starlink Internet network in Ukraine, its boss, Elon Musk, warned on Friday. Since the start of the war in Ukraine, SpaceX has delivered thousands of terminals there which provide an Internet connection through a constellation of satellites forming the Starlink network. According to the SpaceX boss, the operation has already cost the company $80 million and the bill is expected to reach $100 million by the end of the year. Elon Musk therefore warned that his space company could not "continue to fund the existing system indefinitely and send thousands of additional terminals".

According to CNN, SpaceX sent a letter to the Pentagon last month saying it could no longer afford the costs of service in Ukraine. The company then asked the United States Department of Defense to take over the financing, the cost of which, for the next 12 months, is estimated at 400 million dollars. The network developed by Starlink seems crucial to the Ukrainian army, which fears that its suspension will seriously alter the desire for counter-offensives.

In 2020, Russia said that 30,000 combat gear had been supplied to its army, "enough to equip the force deployed in Ukraine", in the words of the Kremlin. The program of personal equipment Ratnik planning in particular to distribute to any combatant the bulletproof vest 6B45. In fact, it seems that logistical problems force Russian reservists - newly called up to fight - to buy their own equipment. This is estimated by the British secret services, which observe that the sale price of such a vest currently reaches 40,000 rubles - or more than 650 euros - on online shopping sites in the country.

US Treasury Secretary Janet Yellen said she was "disappointed" on Friday to her European counterparts that the European Commission had not joined the group of creditors who agreed to suspend debt repayments for two years. Ukrainian. "Ukraine, as you know, faces a huge funding gap and needs our full support," she told EU finance ministers and EU commissioners.

A group of Ukraine's international creditors, comprising Canada, France, Japan, the United Kingdom, Germany and the United States, signed a memorandum of understanding on September 14, providing for a deferral of payment on the Ukrainian debt after a request from kyiv. 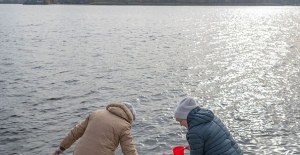