War in Ukraine: the European embargo on Russian coal has entered into force

The European embargo on Russian coal came into force at midnight on Wednesday, four months after it was adopted as part of a fifth round of sanctions against Moscow, as the EU faces severe tensions over its energy supplies . 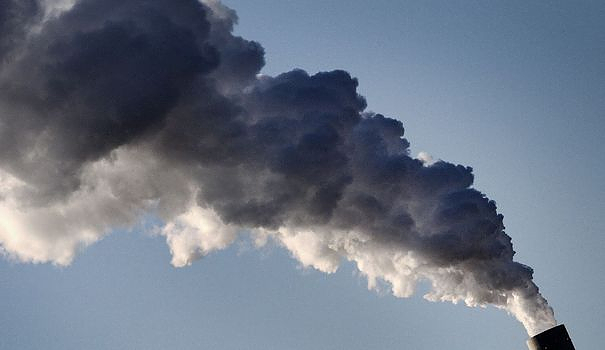 The European embargo on Russian coal came into force at midnight on Wednesday, four months after it was adopted as part of a fifth round of sanctions against Moscow, as the EU faces severe tensions over its energy supplies .

At least six people were also killed and three others injured, Wednesday August 10, in Russian strikes on the city of Bakhmout, located near the front in eastern Ukraine, announced the regional governor. Russian shelling also killed at least 14 civilians the previous night in east-central Ukraine, local authorities said, not far from the Zaporizhia nuclear power plant that Moscow and kyiv accuse each other of bombing.

Four months after its adoption as part of a fifth salvo of sanctions against Moscow, the European embargo on Russian coal entered into force on Wednesday at midnight. Decreed in April by the Twenty-Seven, it became effective after a transition period of 120 days. Only commercial contracts concluded before April 9 could be honored during this period. This was the first EU sanction hitting the Russian energy sector. The Europeans then decided, at the end of May, on a gradual embargo by the end of 2022 on the bulk of Russian oil.

Until last year, the EU imported 45% of its coal from Russia, worth 4 billion euros per year. And some countries, such as Germany or Poland, which used it for their electricity production were particularly dependent on it.

While Europe's annual consumption of this polluting fossil fuel fell from 1,200 to 427 million tonnes between 1990 and 2020, the closure of many mines on the continent has contributed to increasing Europeans' dependence on imports. For coal, EU purchases from Russia have thus increased from eight million tonnes in 1990 (7% of imports) to 43 million in 2020 (54%).

At least six people were killed and three others injured on Wednesday in Russian strikes on the town of Bakhmout, located near the front in eastern Ukraine, regional governor Pavlo Kyrylenko announced. "The Russians shelled the city with multiple rocket launchers, hitting a residential area. According to the first information, 12 apartment buildings were damaged and four are on fire", wrote on Telegram Pavlo Kyrylenko, accompanying his message with photographs firefighters trying to put out the fires.

According to the British Ministry of Defence, "over the last 30 days, Russia's assault on the city of Bakhmout has been its best axis of advance in the Donbass, but in this period it has managed to advance only of 10 km (...). In other areas of the Donbass where Russia was trying to break through, its forces did not gain more than 3 km over this 30-day period, most certainly significantly less than expected”.

The first ship carrying Ukrainian grain docked at the port of Mersin, Turkey on Wednesday, according to maritime traffic tracking sites, and found a new buyer, a news site reported. The "Razoni", a freighter flying the Sierra Leonean flag, left the Ukrainian port of Odessa on the Black Sea on August 1 with 26,000 tonnes of corn, and should have docked on Sunday August 7 in the port of Tripoli, Lebanon. The five-month delivery period, however, "prompted the buyer and the shipper to agree on the cancellation of the order", the Ukrainian embassy explained in a press release on Tuesday evening.

According to maritime traffic tracing sites, the "Razoni" docked on Wednesday evening at the Turkish Mediterranean port of Mersin. A new buyer has been found in Turkey for the maize carried by the "Razoni", the Middle East Eye news site reported. "The cargo has been sold and will be unloaded in Mersin," said Ahmed Al-Fares of the shipping agency Ashram.

An agreement signed by Russia and Ukraine, and validated by the United Nations and Turkey in Istanbul in July, has enabled the resumption of Ukrainian cereal exports with a view to curbing the world food crisis. Frederick Kenney, a senior UN official overseeing the deal, said Wednesday that wheat exports will begin next week. “We are seeing a steady increase in the number of ships arriving and departing. This is a good start,” he added.

Russian shelling killed at least 14 civilians overnight from Tuesday to Wednesday in central-eastern Ukraine, local authorities said, not far from the Zaporizhia nuclear power plant. The night attack in the Dnipropetrovsk region, neighboring that of the power plant, left 13 dead and 11 injured, including five seriously, in this relatively safe area where civilians from Donbass are evacuated, further east, in the heart of the Russian offensive with southeastern Ukraine. "We spent a horrible night (...). It's very hard to get the bodies out of the rubble," Dnipropetrovsk region governor Valentin Reznitchenkoa said on Telegram.

This Russian attack, carried out with multiple Grad rocket launchers, targeted the town of Marganets, located opposite the nuclear power plant, on the other bank of the Dnieper River, and the village of Vychtchetarassivka, according to the governor. “Eighty rockets were deliberately and insidiously fired at residential neighborhoods as people slept in their homes,” he said. "The Armed Forces of Ukraine, our secret services and our police will follow up the Russian attack in Marganets," promised Ukrainian President Volodymyr Zelensky in his daily address on Wednesday evening.

The UN Security Council will hold an emergency meeting on Thursday, August 11 to discuss the situation at the Ukrainian nuclear power plant in Zaporizhia, which kyiv and Moscow accuse each other of having bombed, according to diplomatic sources. A source within the Chinese presidency of the Security Council, led in August by Beijing, told AFP that the meeting will take place this Thursday at 3 p.m.

A second diplomatic source at the United Nations headquarters in New York added that the 15 member countries of the Council would meet this Thursday afternoon, at the request of Russia, which has a right of veto there, like the four other permanent members (United States, China, France, United Kingdom). The International Atomic Energy Agency (IAEA) said in a statement that its director general, Rafael Grossi, would brief the Security Council "on the nuclear safety and security situation" at the plant, as well as on its "efforts to agree on an IAEA expert mission to the site as soon as possible". Rafael Grossi described the situation at the complex as "extremely serious".

Deliveries of Russian oil resumed in Slovakia on Wednesday after a cut linked to sanctions against Moscow and relating to transit rights through Ukraine, the Slovnaft refinery announced. "Crude oil is already arriving again in Slovakia through the Druzhba pipeline and in Hungary the supply should be restored tomorrow," refinery spokesman Anton Molnar told AFP.

On the other hand, oil deliveries by Druzhba have still not resumed in the Czech Republic, Barbora Putzova, spokesperson for the company Mero, which manages the Czech part of Druzhba, told AFP. "The most important thing for us as a transit company is that there is no technological problem and that we have enough oil," she added. The Russian company responsible for the transport of hydrocarbons Transneft had announced the interruption of oil deliveries to Hungary, the Czech Republic and Slovakia, from August 4.