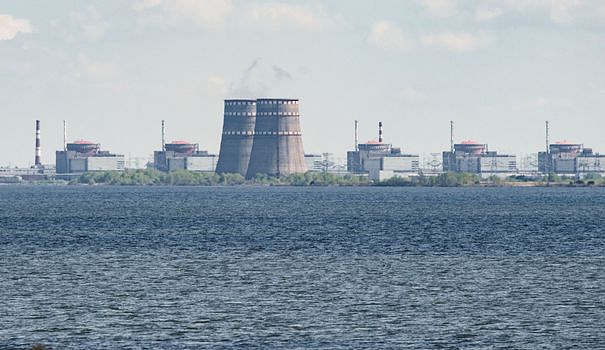 A closer examination. This Sunday, September 4, the Ukrainian presidency asked that a "nuclear engineer audit" be carried out in Zaporizhia, a way of clarifying the inventory already drawn up by the International Atomic Energy Agency (IAEA ), which settled on the site of the nuclear power plant. For weeks, Ukraine and Russia have been engaged in a standoff over these six reactors. Troops from kyiv would regularly attempt to retake the site from the Russians. Moreover, on the 194th day of the war in Ukraine, Zelensky welcomed the Ukrainian counter-offensive and NATO reinforced its presence in Lithuania.

Ukraine, through an adviser from the president's office, is asking to refine the opinions on the state of the Zaporijia power plant, in Russian hands and regularly bombed. Two IAEA agents are however present on site, but for the Ukrainian government, this does not sufficiently eliminate the risk of an accident. "We don't have clear data to know if everything is normal, in terms of safety circuits, reactor cooling and personnel," said Mykhailo Podolyak. The power plant lost its power lines, notably allowing it to be cooled. It now operates on a backup circuit.

In a video posted on social networks, Volodymyr Zelensky that the Ukrainian army had regained ground in the south and east of the country, without specifying which were these territories. In recent weeks, Ukraine has been trying to retake some Russian-occupied communities in these areas, starting with Kherson, a city of about 300,000 people. Until then, kyiv was careful not to take the initiative. The Ukrainian president thus claims to have received "good information" from his staff and intelligence.

Ukrainian Prime Minister Denys Chmygal on Sunday called on Germany to strengthen its military support for Ukraine, while acknowledging the efforts already made, during a trip to Berlin which turns the page on recent tensions between the two countries. The MARS II rocket launchers and the Panzerhaubitze 2000 (howitzers), supplied by Germany, have performed well on the battlefield, and we hope to increase the supply of heavy weapons," Denys Chmygal said in the statement. .

Less than a week ago, Chancellor Olaf Scholz called on Germany to take "special responsibility" to help Ukraine strengthen its artillery and air defense systems. The anti-aircraft system IRIS-T (vector thrust controlled infrared imaging system) developed by Berlin is to be delivered to Ukraine in the fall and kyiv hopes "that Germany will become one of the leaders in the development process of the (Ukrainian) air defense", echoed his Ukrainian counterpart on Sunday.

Germany's long wavering attitude towards Moscow following the outbreak of war six months ago and its initial lack of military support in kyiv have deeply irritated the government of Volodymyr Zelensky. Denys Chmygal's visit to Berlin on Sunday, a first for a Ukrainian official of this level since the start of the Russian invasion, symbolizes a form of relaxation.

According to the Turkish Ministry of Defence, more than 1.72 million tonnes of cereals and foodstuffs have been exported since the agreement reached last July with Russia, Turkey and the UN, aimed at freeing these raw materials from Ukraine. 13 ships were able to head for the Bosphorus Strait this Sunday, loaded with 282,500 tonnes of grain. Nothing, however, prevents Russia from bombing fields or grain silos. One of them was destroyed, in Ochakiv, in the Mykolaiv region, taking with it thousands of tons of grain.

French Foreign Minister Catherine Colonna is going to Turkey on Monday to encourage him to continue his action. "Turkey, which plays an active role in the region (...) sometimes plays a positive role (...) we must encourage it in this direction and ensure that it remains consistent with the efforts of the Nations united", she said on Monday morning on RTL. Turkish President Recep Tayyip Erdogan on Saturday offered his Russian counterpart Vladimir Putin the mediation of Turkey to help resolve the crisis around the Ukrainian nuclear power plant in Zaporizhia, occupied by Russian troops. He was already at the origin of the agreement on the export of grain blocked in the Black Sea.

Turkey maintains good relations with both Moscow and kyiv. If it provided kyiv with military drones, it refused to join the Western sanctions decreed against Russia after the launch of its offensive in Ukraine. “It is important to ensure that countries which do not have sanctions for themselves are not used as a platform to circumvent the sanctions adopted by the bulk of the international community”, declared the head of the French diplomacy, also asserting that the sanctions against Russia "are working and they will have more and more effects".

The first soldiers from the German brigade arrived in Lithuania on Sunday, as NATO promised to strengthen its eastern flank amid the Russian invasion of Ukraine. The brigade command unit, consisting of about a hundred soldiers and military equipment, arrived by ferry from Kiel (Germany) to Klaipeda (Lithuania).

About 1,500 German soldiers are currently deployed in Lithuania as part of NATO's multinational battlegroup in the country, established in 2017. Leaders of the Atlantic bloc pledged to "deploy additional strong and combat-ready forces on our eastern flank, which will expand from existing battle groups to brigade-sized units when needed". 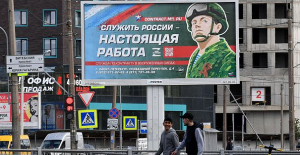