War in Ukraine: in the West, a new Europe is born

"How far will Putin go", headlined the front page of L'Express on January 20th. 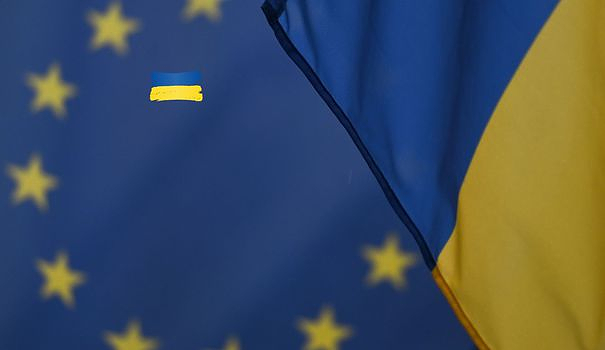 "How far will Putin go", headlined the front page of L'Express on January 20th. Now we know. Six months to the day after the start of the Russian invasion of Ukraine, we have finally understood that the master of the Kremlin is ready for all excesses, all massacres, all blackmail to achieve his ends. Punish Ukraine, whose people stood up for the first time in 2014 in Maidan Square to say no to Russia, and who, since February 24, have been resisting it, again and again. Revenge on a West he hates and despises. Take his revenge, he, the former colonel of the KGB, who never supported the collapse of the Soviet Union thirty years ago. Vladimir Putin, the judoka who dreams of being the heir to the tsars, is ready for anything. Absolutely everything. To trample on international law, as he had done in March 2014 by annexing Crimea. To continue fighting and shelling in Ukraine. To engage ever more soldiers, despite the immense losses suffered by the Russian army since the beginning of the war - more than 80,000 men killed or wounded. To launch missiles on Odessa or Kharkiv, to smash buildings, farms. To decorate military leaders responsible for crimes against civilian populations. To play with nuclear fire in Zaporizhia... To lie, to its people and to the rest of the world. To continue, at all costs, to divide Europe.

But Ukraine is still standing. And Europe has seen the incredible courage of the 44 million Ukrainians who, from the first Russian bombs, remembered the verses of their poet and national hero, Taras Shevchenko: "Our soul cannot die / Freedom does not die never [...] Truth will arise! Freedom will arise!" (Taras Shevchenko, The Caucasus, 1845).

From Berlin to Paris, from the Polish and Romanian borders to those of the Baltic countries, the truth has dawned on Vladimir Putin's face. The 458 bodies found in the martyred city of Boutcha, the revolt of these Ukrainian guards of the Island of Serpents, summed up by this sentence which has gone around the world: "Russian warship, fuck you", the hell of the fights in the Azovstal factory, the horror of the disemboweled theater of Mariupol, the barbarism of the siege of Irpin...

Europe, which was weakened, without a head or a course, saw and heard. And miraculously, she remembered the very nature of the bond that unites the 27 members of the European Union. In Birth of a European Nation (ed. by L'Aube), a formidable work of reflections on the Ukrainian question published this week, the great reporter Olivier Weber recounts this new Europe in the process of being born. After that of the inter-war period, "carried by Romain Rolland and Stefan Zweig"; after that of the technocrats, "nibbled away by bureaucratic temptation", "a third Europe is being born, he writes, if we want it, strong from a Ukraine which advocates the same values ​​and fights against an implacable dictatorship" .

A Europe which, for six months, has not spared its aid to the Ukrainians, signing checks for humanitarian, economic and military aid and welcoming millions of refugees. A Europe - and a France - which are finally turning their backs on Vladimir Putin, this criminal dictator. "Yes, the ghosts of the spirit of revenge, the flagrant violations of the sovereignty of States, the intolerable contempt of the peoples, the imperialist will reappear from the past to impose themselves in the daily life of our Europe, our neighbors, our friends", has just declared Emmanuel Macron, saluting "the heroic resistance" of the Ukrainian people, and without fear, this time, of humiliating Russia. But will this change of tone in French made in three months, this European mobilization and this Western generosity last, at a time when "war fatigue" is looming, as Volodymyr Zelensky tells us? "It is important to defend our country, because otherwise there will be other countries attacked," warns the Ukrainian president, who fears new, ever more cruel provocations from Moscow. May his warning serve to consolidate this rediscovered unity of Europe, at a time when the major energy crisis which threatens it this autumn and the probable arrival of a pro-Russian government in Italy after the elections at the end of September threaten once again to crack this common front of the Twenty-Seven. Ukraine needs us, but we also need Ukraine's courage.

It is a special issue, "We, the Ukrainians", that the editorial staff of L'Express offers you this Wednesday, August 24, on the occasion of the six months of the conflict and the 31st anniversary of Ukrainian independence, entirely devoted to the war in Ukraine and the resistance of its people. You will find an exceptional and exclusive interview with President Volodymyr Zelensky, contributions from Ukrainian philosophers and writers, reports from our journalists, portraits of those who live daily under the bombs, as well as a portfolio testifying to the vitality of this youth of kyiv... Some usual headings had to be modified or deleted: you will find them next week. Good reading.