The Government wants to dedicate 150 million to modernize 430 megawatts in the best wind farms in the country and other facilities. 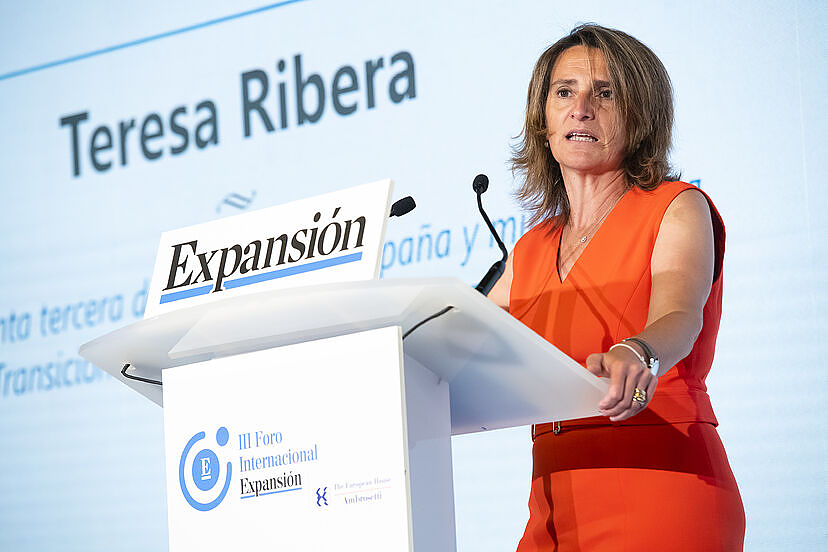 The Government wants to dedicate 150 million to modernize 430 megawatts in the best wind farms in the country and other facilities.

The Third Vice President and Minister of Ecological Transition, Teresa Ribera, took advantage of the III EXPANSIÓN International Forum to announce the launch of a renovation plan for the oldest wind installations to repower generation parks and make the most of natural resources.

With this measure, the Government responds to one of the historical requests of the sector, which has spent years demanding the possibility of renewing the installed power in the best wind farms in the country. Their request is that the change be made without losing the incentives for the parks.

"Today we have incorporated a new public consultation to understand how we can make the best use of resources to repower the oldest wind installations, mini-hydraulics and the recycling of wind turbine blades", assured the minister. "Up to 150 million euros will be dedicated in competitive bidding to facilitate the three key lines of modernization of what exists," she noted.

The Government's intention is that the new plan allows the modernization of 430 megawatts of wind power, in addition to 50 hydroelectric plants. It also aims to be able to recycle wind blades equivalent to 19,000 tons per year and other materials. Since 2018, he indicated, Spain has increased its renewable power by about 10%, with a 23% increase in wind power.

"We haven't finished them yet, but we have generated interest and support," said Ribera. "Spain has just climbed one place in the index of attractiveness to invest in renewables, up to ninth, and there is a growing interest in signing PPA contracts (long-term) to give stability to the industry. We are already ahead of the US ", he indicated.

Last week, Ecological Transition activated another consultation for the development of offshore wind, whose projects are eligible for European funds and are not very advanced due to "the physical characteristics of the Spanish seabed". The continental shelf sinks abruptly into the sea.

The minister also alluded to the so-called Iberian exception, approved yesterday by the European Commission. This formula allows Spain and Portugal to put a cap on the price at which gas participates in the marginal electricity market with the aim of lowering the final reference price.

"Spain and Portugal have an exception backed yesterday by the European Commission that allows us for one year to have an exceptional adjustment that prevents the spread of gas prices to the electricity market as a whole," said the minister.

"It is an important step that opens a debate regarding the regulation of the electricity market, in need of modernization and updating, as the president of the European Commission revealed yesterday in the European Parliament."

"We must work on the situation, in the short term, paying close attention to social impact," explained the minister, who appealed to the "need to urgently adopt measures to accelerate the energy transition."

‹ ›
Keywords:
ForointernacionalForo InternacionalEmpresasSostenibilidadEnergía
Your comment has been forwarded to the administrator for approval.×
Warning! Will constitute a criminal offense, illegal, threatening, offensive, insulting and swearing, derogatory, defamatory, vulgar, pornographic, indecent, personality rights, damaging or similar nature in the nature of all kinds of financial content, legal, criminal and administrative responsibility for the content of the sender member / members are belong.
Related News