Venezuela: understand everything about the agreement signed between the government and the opposition

Venezuela's power and opposition signed a "partial agreement" on Saturday, November 26 in Mexico City, which immediately resulted in an easing of American oil sanctions against the Caracas regime. 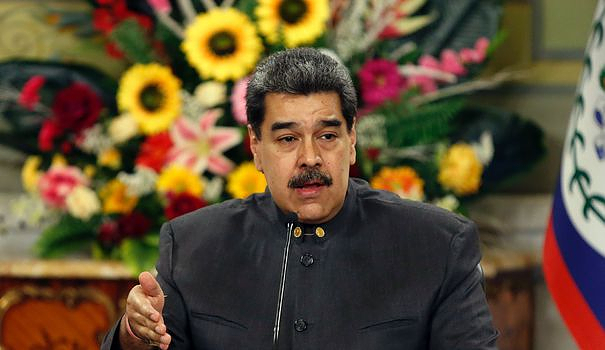 Venezuela's power and opposition signed a "partial agreement" on Saturday, November 26 in Mexico City, which immediately resulted in an easing of American oil sanctions against the Caracas regime. The negotiations were followed closely by the United States, France, Spain, Norway, Mexico and Colombia. Venezuelan President Nicolás Maduro himself hailed a "step towards a new chapter" for his country, which must "continue to move towards peace and well-being".

In statements made to the media after the signing of the agreement, the head of the government delegation and president of the National Assembly, Jorge Rodríguez, explained that the public authorities intended to recover the resources of the Venezuelan State blocked in the system. international financial institution, in exchange for a joint plan to improve infrastructure, access to medicines and school development.

“Through this agreement, we will save more than three billion dollars, which will go directly to financing education, health, electricity and the attention of the victims of the tragedies caused by the rains that the Venezuela has suffered due to climate change, "he pointed out, reports the Venezuelan daily Ultimas Noticias. For the design and management of this fund, the two parties will request the support of the United Nations (UN). Its secretary general, Antonio Guterres, "took note" of this request for assistance. It "welcomes the agreement" and "encourages" the parties to conclude "new agreements that address the political, social and human challenges facing the country", said a spokesperson.

Since the death of Hugo Chavez in 2013, a political crisis - born of the victory of the opposition in the legislative elections - has been added to a catastrophic economic situation: the fall in oil revenues, the country's main resource, and hyperinflation cause severe food and medicine shortages, as well as the exodus of more than seven million Venezuelans. Poverty affects nearly eight out of ten people, according to the national survey on living conditions (Encovi) published in early November.

The country must also face heavy American-European sanctions. Among these: an oil embargo by Washington, the purpose of which is to push President Maduro and his socialist regime towards the exit, at the same time aggravating the economic crisis affecting the country. The negotiations that led to this agreement thus represent "a hope for all of Latin America", as underlined by the Mexican Minister of Foreign Affairs, Marcelo Ebrard.

The opposition, which accuses Maduro of having been re-elected fraudulently in 2018, continues to demand solutions to the "humanitarian crisis", "good respect for human rights" and guarantees for "free and observable elections" which should take place in 2024, the Unitary Platform said in a statement on Thursday.

The war in Ukraine has reshuffled the cards for global energy resources. Because of the sanctions imposed on Russian hydrocarbons, following the invasion of the Kremlin in Ukraine, the United States was forced to seek solutions to compensate for its losses of Russian crude. However, Venezuela would have oil reserves among the largest in the world, according to experts. Suspended for 15 months, the negotiations therefore resumed last May, after the intervention of Colombia and the United States, which reconsidered their position vis-à-vis Caracas. At the time, Washington had thus allowed the oil giant Chevron to "negotiate the terms of potential future activities in Venezuela", which represented a first breach of the embargo imposed in 2019.

As a result of the partial agreement signed on Saturday, the US Treasury Department officially authorized Chevron to partially resume its oil extraction activities in the country, reviving its joint venture held in partnership with the state-owned Petroleos de Venezuela ( PDVSA). The American company, however, must ensure that "PDVSA does not receive any revenue from oil sales made by Chevron".

This decision "reflects the long-term policy of the United States aimed at lifting sanctions conditional on concrete progress in alleviating the suffering of the Venezuelan people and in supporting the return of democracy" in the country, according to the press release. of the Treasury Department. A senior US administration official, however, clarified that all other sanctions "remain in place and the United States continues to vigorously enforce them and hold accountable anyone who violates US law, is engaged in corruption or failure to respect the rule of law in Venezuela".