United States - Russia: where are the negotiations on the exchange of prisoners?

It is an uninterrupted practice of silent diplomacy that the United States and Russia are currently implementing. 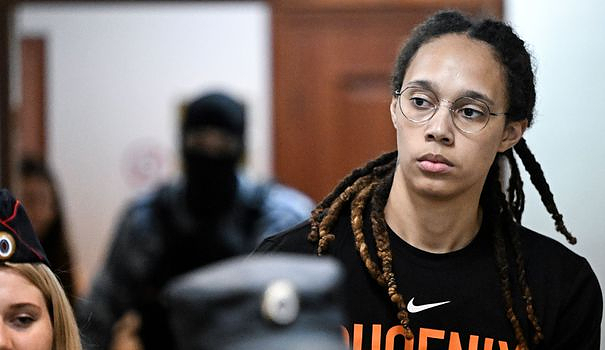 It is an uninterrupted practice of silent diplomacy that the United States and Russia are currently implementing. Even if, this Saturday, August 13, the whole world is now aware that the two countries are discussing an exchange of prisoners. For several weeks, Washington has been communicating about its attempts to obtain the release of two American nationals, basketball player Brittney Griner and former Marine Paul Whelan, currently detained in Moscow.

On several occasions, Russian Foreign Minister Sergey Lavrov criticized the White House for making public statements about the ongoing negotiations. But the Kremlin has therefore, in turn, decided to talk about it. Asked by the Russian news agency Tass, the director of the North America department at the Russian Ministry of Foreign Affairs, Alexander Dartchiev, admitted that "discussions on the very sensitive subject of an exchange of prisoners were taking place through selected channels by the presidents", before confirming that the names quoted by the American press were "in fact considered".

Paul Whelan, a 52-year-old former soldier, was sentenced in 2020 to 16 years in prison for "an act of espionage", which he fiercely denies since his arrest in 2018. Despite repeated requests for release, the Russia has so far never yielded. Basketball player Brittney Griner was arrested at Moscow airport last February, a few days before the start of the offensive in Ukraine. Having in her possession a cannabis-based vaporizer liquid, banned in Russia, she was indicted for "possession and drug trafficking". On August 4, she was sentenced to 9 years in prison. A "senseless" sentence, in the words of his lawyers, which tends to prove that this was a political trial.

Nevertheless, this heavy sentence could well serve as an accelerator of negotiations, with a view to exchanging these two American prisoners against Viktor Bout. This Russian arms dealer, nicknamed "the dealer of death", was arrested in 2008 in Thailand and is currently serving a 25-year prison sentence in the United States. Russia has always wanted to recover it, Bout being very close to circles of power and in particular to the current Deputy Prime Minister of the Federation, Igor Sechin, whom he knew in the 1980s.

These Russian-American discussions taking place in the middle of the war in Ukraine are not surprising for Alain Bauer, who confided to L'Express, a few weeks ago, that "exchanges of prisoners had taken place in the worst moments of the cold war ". For the professor of criminology at the National Conservatory of Arts and Crafts, the information made public on prisoner exchanges constitutes "postcard diplomacy", serving to prove that "the red telephone still exists between Washington and Moscow" and that the war in no way prevents the continuation of the policy.