The news shook the Ile-de-France residents who rush into transport every morning. 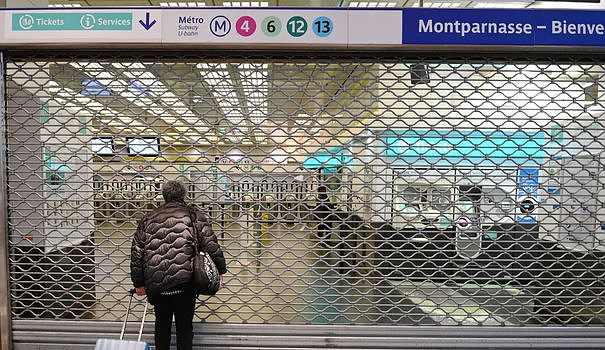 The news shook the Ile-de-France residents who rush into transport every morning. The Ile-de-France region is studying the possibility of increasing the Navigo pass to 90 euros and calls on the government to increase the contribution of companies to avoid this scenario. Faced with the financial difficulties of the regional transport authority Ile-de-France Mobilités (IDFM), its president LR Valérie Pécresse had for a time agitated the threat of a monthly subscription at 100 euros, against 75.20 euros today, then said hope 80 euros. If the voices of the opposition and users have not failed to rise, what about other European capitals?

Let's start with the city where transport is the most expensive in Europe: London. Individually, it takes €5.50 for a ticket, with a price staggered according to the zones. Thus for zones 1 to 6, the traveler must pay 7 pounds for a single trip. Subscriptions are not much more advantageous: the TravelCard for one month costs 142 € for 2 zones. For a TravelCad all zones (up to 6), you have to pay 280 € every month. Londoners also use the Oystercard, another ticket allowing you to travel for one or more days. This is a rechargeable pass that takes the form of a plastic card. The latter can be credited with any amount. Fares drop a little: €2.7 euros for one trip.

The transport budget is added to other expenses, supported by an average salary estimated at 3,258 euros net for the English capital, lower than that of the French capital (3,920 € net). According to the Clean Cities Campaign report, launched by the NGO Transport

But the cities in a good position in this ranking are not necessarily those which offer cheaper tickets, these figures having to be put in relation to the cost of living of the country concerned. The concept of affordable transport prices remains very subjective, since it is based on the income of local households. The example of Copenhagen speaks volumes: the metro ticket in the Danish capital costs €3.20 for two zones. It climbs to €4.80 for three zones. However, the transport budget represents only 1.3% of household purses, ahead of Munich and Prague (1.5% and 1.9% respectively).

Conversely, Lisbon displays a single metro ticket at €1.50. This does not prevent the city from ending up in the penultimate position in the ranking. And for good reason: the average Portuguese salary is just over 1,400 euros and the minimum salary is 705 euros per month.

The transport budget also weighs on Berlin households. For zones A and B of Berlin, it is 80 euros per month, but the bill becomes saltier for those who travel throughout the region. For the inhabitants of zone C, which extends up to 15 kilometers around the city, it will be 190 euros monthly. On the other hand, the single ticket is 2 € for a short journey and 2.80 € for ABC zones. In Vienna, the combined metro-bus-tram ticket costs 2.40 euros. However, the weekly subscription seems more advantageous with 17.10 € (compared to 22.80 for the navigo pass).

In the countries of the North, the prices of public transport fluctuate between 2.50 and 3 euros. In Helsinki, Finland, the ticket costs €2.80 if purchased from a vending machine or a kiosk. It is valid on the entire network, including the ferry. Be careful, if you buy it on the bus or on the tram, the price rises to 4 euros. In Stockholm, the single ticket is exchanged from 3 euros and the seven-day card is at 31 euros. The price of a ticket in Oslo rises to 3.7€ provided it is purchased in advance. However, in Norway, the adjusted gross household disposable income per person is among the highest in Europe according to Eurostat with 30,073 euros per year on average compared to 27,247€ in France and 17,940€ in Portugal.

Back in southern Europe: in Madrid, people traveling around the Spanish capital pay top dollar at €130 per month. However the rate is more interesting for people from Madrid who do not leave the city at all, the monthly rate is around 55 euros per month. Note that the metro ticket is €1.50. Madrid is in the soft underbelly of the ranking produced by Clean Cities Campaign. A few squares under the Italian capital where travel is cheaper for a less well-equipped network (only three metro lines). The monthly pass in all areas of Rome and its suburbs costs €116. Then, if the passenger is limited to the city of Rome, his monthly card will only cost him 35 euros per month to use the metros, buses, trams. Something to make some Parisians green with envy.