Liquefied petroleum gas or Autogas has not become as expensive as gasoline and diesel, and it is already the fastest growing source of energy for vehicles in Spain. 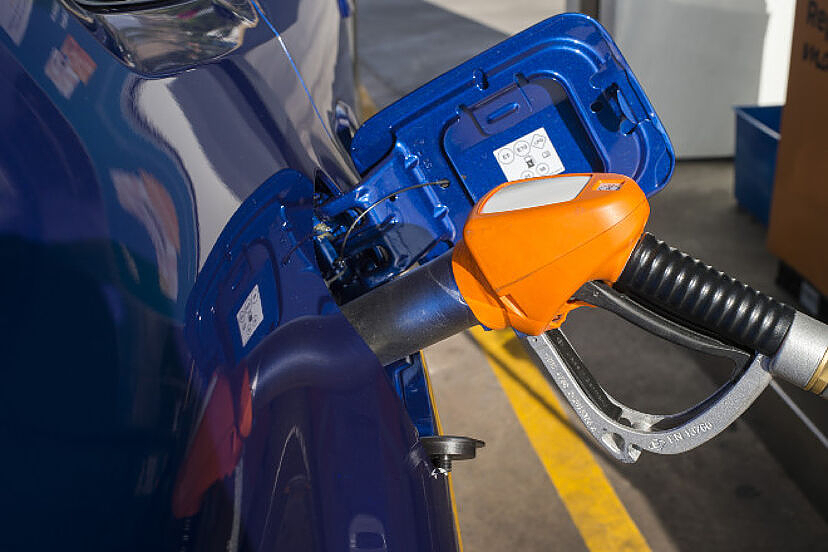 Liquefied petroleum gas or Autogas has not become as expensive as gasoline and diesel, and it is already the fastest growing source of energy for vehicles in Spain. Thousands of drivers are switching to LPG cars (not to be confused with CNG) due to the considerable fuel savings, the low cost of the technology and because they have an ECO label.

The incessant rise in the price of gasoline and diesel is causing thousands of drivers to switch to gas cars, which is already the fastest growing source of energy for vehicles in Spain. According to data from the Spanish Association of Automobile and Truck Manufacturers (Anfac), 2,196 gas cars were sold in June, 107% more than in the same period last year (more than double), which represents 2.46 % of total passenger cars registered in June in our country.

It is the largest monthly increase recorded in recent years after several months of declines in gas car sales, and confirms a new trend within alternative vehicles (electrified, hybrid and gas). While sales of pure electric cars continue to grow at a very slow rate (22.6% in June), and those of hybrid and plug-in hybrid vehicles are falling (-6% and -5%, respectively), those of gas have skyrocketed and are beginning to be seen as a 'refuge' in the face of the alarming rise in the price of electricity and conventional fuels (gasoline and diesel).

However, not all types of automotive gases rise in the same way. In fact, the only one that has risen in June, and has been rising all year, is liquefied petroleum gas (LPG or also known as Autogas), which has not become as expensive as compressed natural gas (CNG) due to the Ukrainian War. While LPG (the one used by taxi drivers) has risen by less than 30 cents per liter since January 2021, and now has an average price of 1 euro/litre, CNG has become more than 150% more expensive and now costs 2 euros /kg. But it is that in April it cost almost 2.5 euros per kilo (more than 1.5 euros increase).

Within LPG cars, there is a brand (Dacia) that is sweeping Spain and accounts for almost 90% of the gas car market. Almost nine out of 10 gas passenger cars that were registered in June were from Dacia, with the Sandero, the Duster and the Jogger occupying the first three positions of the best-selling cars in Spain.

In addition to considerable fuel savings, another great advantage of gas cars is the low purchase or acquisition price, since it is a much cheaper technology than electric. They cost about the same as petrol or diesel models, and are much cheaper than plug-in hybrids and pure electrics. In addition, they are entitled to the ECO label, the same environmental label that the DGT assigns to non-plug-in hybrids.

The Dacia Sandero ECO-G (as the LPG version is called) is the best-selling gas car in Spain by far. In June, 959 units were registered, 85.85% more than in the same month of the previous year, and from January to June 3,698 units have already been delivered, almost 74% more than in the same period of 2021 with an annual quota of 48%. The gas version represented almost 35% of the total sales of the Sandero in June, an amazing figure that gives an idea of ​​what this technology represents for Dacia.

The Sandero ECO-G is available from 12,490 euros in Spain and is powered by a 100 hp bifuel engine (which works with gasoline or LPG) associated with a six-speed manual gearbox. The top-of-the-range version, with a Comfort finish, costs 13,340 euros.

The second best-selling LPG model in Spain is the Dacia Duster, with 19.1% of the market share and a total of 1,477 units registered in the year accumulated. In June it was surpassed by the Jogger, but still managed to ship 377 units, 328% more than in June of last year. The access version with a 100 hp bifuel engine and 4x2 drive is available from 16,050 euros.

The podium of the best-selling LPG cars in Spain is completed by the new Dacia Jogger with 1,074 units registered in the first half of the year and a market share of almost 14%. In June it was second behind the Sandero with 526 units delivered. The Jogger is a family car with 5 or 7 seats that has just arrived on the market and is available in the ECO-G version from 15,990 euros.

In fourth place is the Renault Clio with 483 units delivered until June and a market share of 6.3%, while the Renault Captur is fifth with 410 registrations and a share of 5.3%. There are other brands that also sell LPG cars such as Fiat, Citroën, Opel, SsangYong and Subaru.