Garzón has argued this customer waiting limit because there are many Spaniards who "get desperate when they are faced with a call or have serious difficulties unsubscribing from a service". 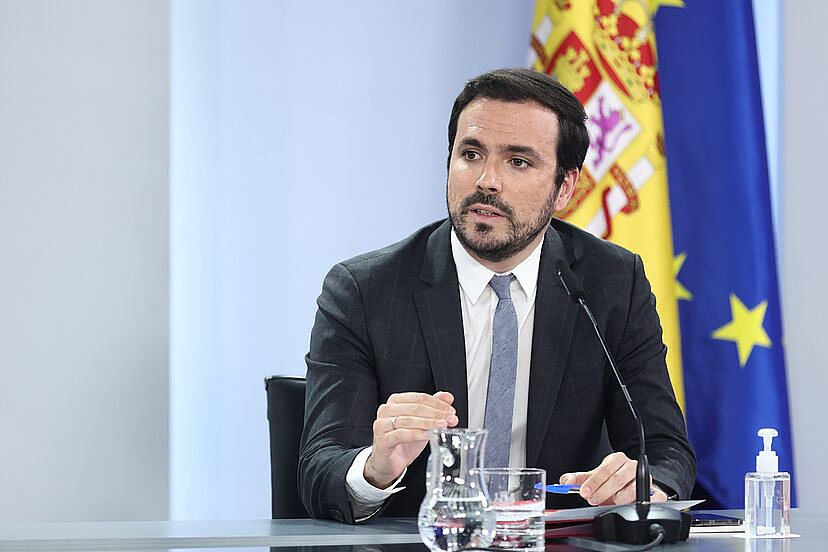 Garzón has argued this customer waiting limit because there are many Spaniards who "get desperate when they are faced with a call or have serious difficulties unsubscribing from a service".

The Government has approved the draft bill to regulate customer service for companies, which limits the maximum time to answer the phone for general information, claim and after-sales services to three minutes, and prohibits them from doing so only automated robots.

The new regulations, proposed by the Ministry of Consumer Affairs, also reduce the maximum time to resolve general claims, complaints and queries from 30 to 15 days, although it allows the autonomies to reduce the term if their regulations contemplate it.

These are some of the measures of the preliminary draft, the drafting of which was already given the green light by the Council of Ministers on November 16. Now, it reaches the Council, according to what the Government spokesperson, Isabel Rodríguez, said on Tuesday, in a "second round".

Alberto Garzón has argued for this customer waiting limit because there are many Spaniards who "get desperate when they are faced with a call or who encounter serious difficulties in unsubscribing from a service through mechanisms that are comfortable as opposed to the ease with which those services were contracted".

These are difficulties that, according to Garzón, imply "an enormous expenditure of energy, time and money for families and that sometimes end up meaning the client's resignation, and that is why they want to put a stop to "abuses" in consumer relations.

The aim is for companies to guarantee in their annual report that 95% of the calls they have answered are under three minutes.

Consumers may request to be served by a person with specialized training or a superior manager, regardless of whether the communication has been initiated through answering machines or robotic systems.

Therefore, it is forbidden for any company to use a robotic means as an exclusive means of customer service.

The law will also benefit people affected by incidents in basic continuity services such as electricity, water or gas, because when it comes into force, companies in these sectors must report the reason for the problem and give an estimated time for the restoration of the supply within a maximum period of two hours.

In addition, the supply to any family may not be cut off if there is, as an ongoing claim was announced, an issue that has been claimed by consumer associations.

Those affected by power outages may even request compensation or discounts on invoices that may apply through customer service, as is the case in the telecommunications or electricity sectors.

For this and other procedures, companies that offer services of a basic nature and general interest will have to offer a free customer service channel 24 hours a day, every day of the year, when dealing with incidents related to the supply of the service, and they will not be able to divert calls to telephones that imply a cost.

Energy operators must also report on energy saving and efficiency measures and the possibilities of contracting energy from renewable sources.

Financial services will have to ensure the availability of face-to-face channels for their customers, whether permanent or intermittent, telephone or online, and will have to take into account the age of the person, where they live or their level of digital skills to avoid situations of exclusion financial.

In the case of people with hearing disabilities, the telephone channel will be accessible and must be complemented, at the person's choice, with an alternative instant written messaging system via mobile or with a video interpreting system in sign language.

It will also apply to large companies (more than 250 workers) regardless of the sector.

If companies fail to comply with the provisions of the standard, they may be fined up to 100,000 euros.