Stamps, coins, anthem... What will change in the United Kingdom after the death of Elizabeth II

The footballers of the Three Lions team will no longer sing "God Save the Queen"; newsagents and small businesses will have to stock up to start renewing their currency; postal workers will see their habits turned upside down. 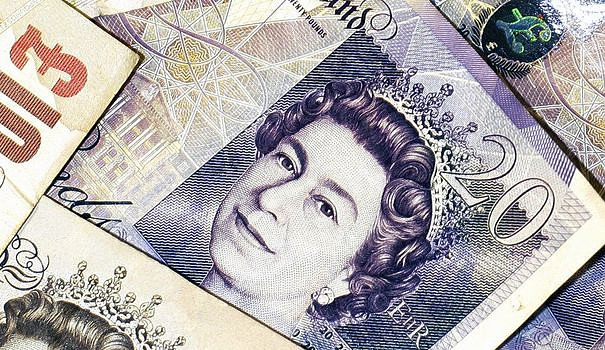 The footballers of the Three Lions team will no longer sing "God Save the Queen"; newsagents and small businesses will have to stock up to start renewing their currency; postal workers will see their habits turned upside down... After the death of Elizabeth II, Thursday, December 8, the daily life of the British will experience a few small changes.

Much of the symbols of royalty that flood public space should be renewed. Make way for a new face: that of the king, Charles III, who had to wait almost half a century, and the age of 76, to achieve the supreme function. The pale face and shaggy hair of the new regent should gradually replace the round face of his mother, Elizabeth II, on the coins.

On coins and banknotes in the United Kingdom and in Commonwealth countries, the profile of Queen Elizabeth II will be supplemented by the effigy of Charles III. Only on new coins, of course. The currency lying around in the bottom of the wallets of the British will not be put in the trash. The Bank of England announced in a statement on Thursday that "current banknotes bearing the image of Her Majesty The Queen will continue to be legal tender".

The update of the currency will be done over time. The first banknotes should be printed and the coins minted in the coming weeks. The Bank of England said that a “further announcement regarding the banknotes will be made once the period of mourning has been observed”, i.e. in ten days. The release could take several months. In 1936, during the reign of King Edward VIII, which lasted 326 days, coins had been minted, but the monarch abdicated before they came into circulation.

The effigy of Charles III will also appear on currencies used in countries such as the Eastern Caribbean, Canada, Australia and New Zealand. This is also the case in the Channel Islands of Jersey, Guernsey, on the Isle of Man as well as in Gibraltar, Saint Helena and in the Falklands, islands and territories controlled by the British Crown. Other everyday objects will change their appearance. The face of Elizabeth II will also no longer appear on the stamps, while the letters EIIR, for Elizabeth II Regina, affixed to the letter boxes, will be modified. Note - we think less - that the badge affixed to police helmets will no longer be the same.

Many Britons made it clear from the very first moments after the announcement of the Queen's death that they will no longer have the opportunity to sing "God Save the Queen". The British national anthem will become "God Save the King", with a masculinized version of the lyrics. The habit will undoubtedly be difficult for the British, who have been singing "God Save the Queen" since 1952. The change of lyrics will also take place in New Zealand, where the British anthem is one of the two official anthems. . The royal anthem in Australia and Canada - which also have their own national anthem - is that sung by the English.

On the more ceremonial side, the wording on the inside cover of British passports, issued in the name of the crown, will need to be updated, as will the similar text that appears inside Australian, Canadian and New Zealand passports. . When you raise your glass during official meetings, you should no longer say "The Queen" but "The King". In the Channel Islands, the unofficial formula "The Queen, our Duke", pronounced in French when toasting, will become "The King, our Duke".

Other changes in the order of language and presentations will see the light of day. Starting with the names of Her Majesty's Treasury and Customs Government ("Her Majesty") will change to "His Majesty". coming weeks, is changing its name. Place for the king's speech.

The Queen's Guard, immortalized by tourists in front of Buckingham Palace, will also change names. Prisoners will no longer be held at the pleasure of "Her Majesty", but will continue their terms of imprisonment at the pleasure of "His Majesty" the King. The name of "Her Majesty's Theatre" in London's West End theater district, where "The Phantom of the Opera" has been performed since 1986, will also be masculinized. In the army, new recruits will no longer take "the queen's shilling" when enlisting, as the formula indicates. So many upheavals which should not, however, disturb the British unduly.