"Seeing your children go to battle...": in Belgorod, the hidden fear of mobilization 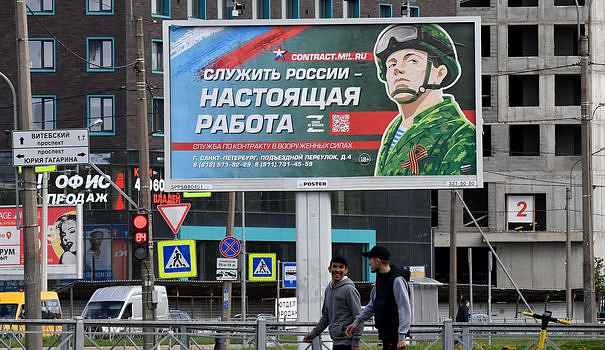 Thick fog suffocates the city of Belgorod. Located in the south of Russia, this city, usually so green, suddenly seems dull, like the worried faces of passers-by. For several days, a single subject has been driving them: the "partial" mobilization of reservists, which began on September 21. Here, many share the same fear: "Who will be the next to go?"

On the city market, rumors are rife. While waiting their turn, in front of the fruit and vegetable stalls, the neighborhood gossips share their confidences. "I think my neighbor across the street has been in the army, thinks Valentina, retired in the village of Chebekino, just next to Belgorod, thinks. He would have liked to run away, but he can't afford it. .Only the rich have private planes and "sudden illnesses"... And then, someone has to defend our homeland, like our fathers and grandfathers, in the Great Patriotic War."

In this town located just a few kilometers from the Ukrainian border, the inhabitants, especially the older ones, want to feel protected. Here, the conflict is not just a distant idea shown on flat screens. The outbreak of air defense - the "fireworks", as it is called here - has become a daily occurrence. Regularly, we hear about injuries and destroyed houses. In the surrounding villages, pensioners are convinced that it is necessary "to mobilize all the force necessary to overcome these Ukrainian Nazis." Vladimir recently returned to his native village. He works there as a taxi driver. A few days ago, a street was destroyed. "It's either us or them, he says. There is no choice. Putin is right." However, when it comes to loved ones, it is always more painful. "I support this mobilization, but to see his children or grandchildren go into battle..."

While some say they are ready to take up arms, most young people do not want their hands stained with Ukrainian blood. Konstantin fought voluntarily in Chechnya, but he considers this mobilization a "shitty ukase". "There's no way I'm going to kill my brothers in Ukraine! He exclaims. Half my family lives there!"

Only "1% of reservists" are sent to the front, in Putin's words. But all the young people have a knot in their stomachs walking along the wide alleys, at the mere idea that the police come one morning, knocking on their door, a summons in hand. Where to go ? "You just have to hide under my bed and my dogs will protect you," laughs Evgeniy to his friend Vladimir, who looks gloomy. "My friend is a reservist, I don't risk anything, I'm a student," says the confident youngster.

However, the media (Novaya Gazeta and the Dojd channel) have revealed that students and ordinary residents are also called and that in reality, three waves of mobilization are planned. "Basically, we have the choice between death and fifteen years in prison", laments Axel, a young entrepreneur. He is not a reservist, but he has few illusions about his near future.

Either way, central Lenin Square in Belgorod is likely to remain quiet for the next few days. Wednesday, September 21, after the announcement of the mobilization, only two people dared to come out to protest. Few are ready to jeopardize their studies and their work, or even throw themselves into the lion's mouth. When arrested, protesters now receive a summons to the police station, from where they are then taken directly to the barracks.