Changing course in Germany? After more than ten years of running behind the objective of a definitive nuclear phase-out by the end of 2022, the geopolitical and energy context, fueled by tensions with Russia, has changed the situation. 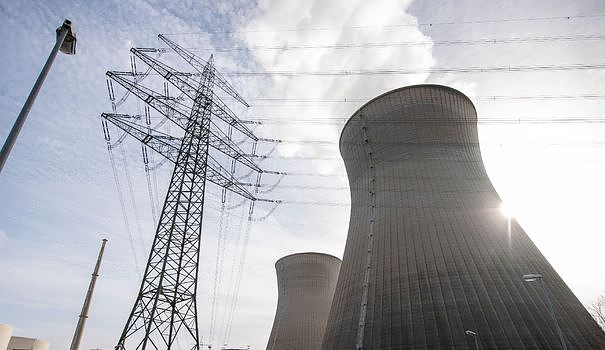 Changing course in Germany? After more than ten years of running behind the objective of a definitive nuclear phase-out by the end of 2022, the geopolitical and energy context, fueled by tensions with Russia, has changed the situation. The American daily "The Wall Street Journal" affirms Tuesday, August 16 that according to government sources, Berlin "plans to delay the closure of the last three nuclear power plants in the country".

It still remains for Olaf Scholz, the German chancellor, to officially take the decision before submitting it to a vote in parliament. A few days ago, on Wednesday August 3, the latter had already estimated that extending the operating life of the last three power stations still in operation in Neckarwestheim, Lingen (Isar) and Niederaichbach (Emsland), in the south and west of the country, could "make sense". This, even if they "are only relevant for the production of electricity and only for a small part of it", or about 6% of the country's net electricity production. Officially, Berlin is still awaiting the results of stress tests aimed at determining what Germany will need to get through the winter on the question of electricity supply, but according to the Wall Street Journal, there is no more hardly any suspense on the outcome of these.

If it were to be made official, this decision would constitute a major reversal in German energy policy. Since the Fukushima nuclear disaster in 2011, and faced with the dramatic spectacle of Japanese desolation, Germany has planned, in the wake of former Chancellor Angela Merkel, a total abandonment of the atom. A decision taken for its own electricity mix, composed at the time of 25% nuclear, but also pushed beyond its borders, through extremely strong declarations at European level to convince other countries to abandon this energy . The debates on European taxonomy, during which Berlin opposed the labeling of the atom as green energy, is the most recent example. In 2011, Angela Merkel's decision was supported by more than 80% of public opinion.

To compensate for the closure of the power stations, the Federal State then developed a strategy relying heavily on renewable energies. In the space of 10 years, they have gained considerably in importance: from 7% in 2010 to 18% in 2020 in the electricity mix, according to data from Bp Statistical Review of World Energy. At the same time, the nuclear share is halved and goes from 10 to 5%. However, Germany must rely on other energy sources capable of compensating for the intermittency while the transition is completed. Among them: gas and coal. In 2021, several coal-fired power plants have closed, making the import of gas even more essential. The share of gas fell from 21% in 2000 to 26% in 2020, according to the Jacques-Delors Institute, while that of coal fell by 10 points over the same period. Over the years, Russia has proven to be an indispensable partner for Berlin... As a result, Germany was 55% dependent on Russian gas before the crisis in Ukraine began.

Last autumn, the wild increase in gas prices gave the first signal of the vulnerability and dependence of the German energy model. In question at the time? The very strong Chinese demand, whose economy was picking up again at full speed, the harsh winter that hit part of the globe and the increase in the price of CO2 quotas that gas producers must pay. But not only. Russia was already accused of political maneuvering, even before the start of the war in Ukraine, by voluntarily limiting the volumes of gas exported to Europe and Germany. The challenge is to put pressure on the European Union in order to obtain authorization to put the Nord Stream 2 pipeline into service between Russia and Germany.

Since February and the invasion in Ukraine, the situation has worsened. From mid-June, only 40% of the capacities of Nord Stream 1, linking Russia to Germany, were used and, since July 25, only 20% of the gas is circulating in the pipe. The official reason for this latest tightening ordered by Moscow comes, according to the Kremlin, from a turbine sent for repair in Canada and then returned to Germany which has still not been returned to it because of the sanctions imposed by the European Commission since the start of the war. Wrong, retorts Olaf Scholz. According to him, "there is no reason that would prevent the delivery from taking place" and Moscow must just "provide the necessary customs information for its transport to Russia", he underlined during a visit to the Siemens plant in Mühlheim an der Ruhr in early August. In his eyes, it would only be "a pretext" to influence Western choices in the context of the conflict with Ukraine.

But at a time when the gas shortage is no longer just a bad dream and seems more and more likely on the other side of the Rhine, all solutions to guarantee security of supply are on the table. Including, therefore, that of the return to nuclear power. The reversal was dazzling since on March 8 again, the Ministers for Energy and the Environment, the environmentalists Robert Habeck and Steffi Lemke, indicated that "after weighing the advantages and the risks, and despite the current gas crisis, an extension of the life of the three nuclear power plants still in operation is not recommended". But a few months later, in June, Robert Habeck himself admitted that the government was preparing to make "very difficult choices for society". However, the three nuclear power plants still in operation would help to save some gas to reserve it for individuals and businesses who need it most. And the Germans are aware of it: 68% of them are in favor of a review of the country's nuclear phase-out, according to a poll by the Forsa institute for RTL/ntv.

Politically, the question of this revival remains thorny. The conservatives of the CDU-CSU, the Christian Democratic Union of Germany, as well as the far-right AFD party declared themselves in favor of maintaining the centrals. A way also to unite to crack the ruling coalition, made up of the Social Democrats, the SPD, the Greens and the Liberal Democrats of the FDP. The latter are historically the greatest defenders of nuclear power in Germany. Moreover, the Minister of Finance, Christian Lindner, had already spoken on the subject. He told RTL/ntv that it was quite possible that Germany would have to resort to nuclear energy for an extended period due to the energy crisis: "It's not a matter of many years, but it We may have to get used to the idea that we will still need nuclear power in 2024," added the FDP politician. Likewise, the leader of the FDP's parliamentary group, Christian Dürr, believes that extending the life of the three remaining nuclear power plants is also a matter of European solidarity. “It is not just Germany that is facing a serious energy crisis, but the whole of Europe,” he recently told the Dpa news agency.

So far the SPD and, even more, the Greens, from which Robert Habeck and Steffi Lemke also come, were fiercely opposed to it. But like the revelations of the Wall Street Journal, Olaf Scholz, the Social Democratic Chancellor and his executive now suggest a relaxation of the doctrine.

The question will not only be political, but also technical... Some plant operators are worried about the supply of fuel to the reactors, when they had been in working order for years now to close the three remaining power stations. The subject of maintenance to be carried out in these plants planned to be closed to ensure safety was also of concern across the Rhine. Still, according to TÜV, the official body in charge of certifications for the safety of power plants, the continuation of operation will not entail any for security. According to the organization, even plants that have already been shut down could quickly be restarted safely: "These facilities are among the safest and most technically efficient plants in the world. They were and still are in excellent condition. ", affirmed the CEO of the organization, Joachim Bühler, in a recent interview with a German media.

After the technical obstacles, another fear is that of legal proceedings. The association Environmental Action Germany (DUH) announced in a press release that "if the extension of the operation of nuclear power plants were to take place beyond December 31, 2022", the association will try to "put an end to it by court if necessary. Its chief executive, Sascha Müller-Kraenner, went so far as to state that "life extension advocates are playing Russian roulette with personal safety." An economic, ideological battle which could also become legal after the continued operation of German nuclear power plants.