Breaking News
Go then! Train travel can be so beautiful
Featured compradores• calor• sexto• base• RBB•

Russia: the long list of mysterious deaths of oligarchs

It's another suspicious death of a Russian oligarch. 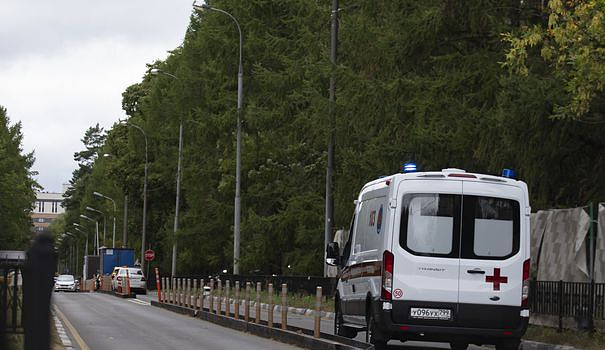 It's another suspicious death of a Russian oligarch. She adds to a list of mysterious deaths that grows day by day. Ivan Pechorin, 39, chief executive of the Far East and Arctic Development Corporation, reportedly fell from a speeding boat and died on Saturday September 10 near of Roussky Island, in the Sea of ​​Japan, Russia, near Vladivostok.

According to the Daily Mail, he "fell overboard" from a sailboat when he could not swim. His body was found Monday, September 12, after more than a day of research. According to several Russian media, including the daily Komsomolskaya Pravda, the oligarch was drunk when he fell into the water. Ivan Pechorin, confidant of Vladimir Putin on questions of the development of Russia's vast Arctic resources, modernized aviation in eastern Russia.

Ivan Pechorin's last public appearance took place at the Eastern Economic Forum, which was held from September 5 to 8 in Vladivostok in the presence of Vladimir Putin, Newsweek reports. The Daily Mail reports that Ivan Pechorin spoke at a session titled 'Everyone has their own way: the logistics of a changed world'. Appointed by the Russian President, Ivan Pechorin succeeded Igor Nosov in this post... Himself deceased in February 2022, at the age of 43, of a stroke.

On September 1, the private Russian oil group Loukoil announced the death of its chairman of the board of directors, Ravil Maganov, who died according to a press release following a "serious illness". Earlier in the day, several Russian media and news agencies, citing unnamed sources, claimed that Ravil Maganov had died at the Central Clinical Hospital in Moscow.

An anonymous police source, quoted by the public news agency TASS, claimed that he had committed suicide by defending himself after being admitted to hospital for heart problems. This source clarified that he was taking antidepressants. Ravil Maganov, born in 1954, was one of the historical leaders of Lukoil, the largest private oil and gas company in Russia, founded in November 1991. According to Lukoil, he had imagined and proposed the name of the company.

In March 2022, Loukoil was one of the very few Russian companies to call for an end to the Russian offensive in Ukraine, which was followed by an avalanche of Western sanctions against large Russian groups and senior officials.

Ivan Pechorin is at least the tenth leading Russian businessman to die by suicide or in unexplained accidents since the end of January 2022, six of whom are associated with the two largest Russian energy companies, four are linked to the Russian giant of Gazprom energy or one of its subsidiaries, the other two being associated with Loukoil.

The dark series began with the death of two former Gazprom executives. In January, the company's general manager, Leonid Schulman, was found inert in his bathroom in the Saint Petersburg region. Its deputy director, Alexander Tyulyakov, was discovered hanged a few weeks later. According to various testimonies, the police officers dispatched to the scene had been asked to leave the premises by the Gazprom security services. On February 28, Ukrainian-born Russian tycoon Mikhail Watford was found dead at his home in Surrey, UK. He was hanged in the garage of his house.

On March 24, billionaire Vasily Melnikov and his wife Galina and two sons were found dead in their luxury apartment in Nizhny Novgorod, western Russia. They each bore stab wounds. According to Russian business daily Kommersant, investigators have concluded that Vasily Melnikov killed his 41-year-old wife and children aged 10 and 4 before killing himself. According to the Ukrainian media Glavred, the billionaire's company suffered significant losses with Western sanctions.

On April 19, Vladislav Avaev, former vice-president of the third largest Russian bank Gazprombank, was found dead in his apartment in Moscow with a gun in his hands. The police soon came across the corpses of the oligarch's wife and daughter. The apartment appears to have been locked from the inside. Investigators have leaned towards a double homicide followed by a suicide.

The next day, 4,000 kilometers from the Russian capital, the body of Sergey Protosenya, a former senior executive of Russian energy giant Novatek, was found hanging from a rope in the garden of a villa in the seaside resort of Lloret. de Mar, in the northeast of Spain. His wife and daughter lay in blood, their bodies lacerated by multiple stab wounds. According to local media Telecinco and El Punt Avui, an ax and a knife were found next to Sergey Protosenya's body. The track of the double homicide followed by a suicide was again favored by the investigators.

On May 8, a former director general of Loukoil, Alexander Subbotin, died... at a shaman's house in the suburbs of Moscow. He was poisoned by toad venom, as Le Monde mentions. According to the British newspaper The Independent, the 43-year-old man would have gone, under the influence of alcohol and drugs, to the shaman nicknamed "Magua Flores", whom he had known for many years. The latter would have incised his skin to pour the venom into it. Alexander Subbotin then suffered a heart attack and died in the basement of the shaman's house, in a room used for Jamaican voodoo rituals, according to Russian state news agency TASS.

On July 4, it was in the swimming pool of his mansion, located in the upscale suburbs of Saint Petersburg, that the lifeless body of Yuri Voronov was discovered, a bullet in the head. This 61-year-old oligarch worked with Gazprom. Suicide or assassination? The local commission of inquiry favored the track of a "dispute with business partners".