Rush on planes, petition ... In Russia, the first tremors after Putin's speech

It's a query typed on Google that has rarely been so requested in Russia. 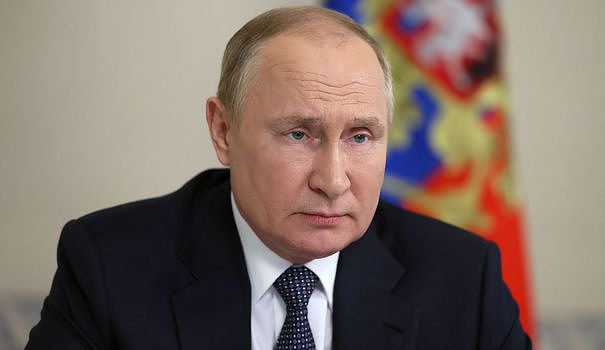 It's a query typed on Google that has rarely been so requested in Russia. It can be summed up in three words: "leave Russia". On the morning of Wednesday, September 21, it was carried out 100 times more than normal. Vladimir Putin's announcement of a partial mobilization to reinforce his troops in Ukraine has led to a rush on airline websites in an attempt to leave Russia.

According to the Google Trends statistical tool, which allows to know the frequency with which a word was typed on Google, searches in Russia with the terms "tickets" and "plane" have more than doubled since 6 a.m. GMT on Wednesday, i.e. at the start of the Russian President's recorded televised address.

The region of Belgorod, bordering northeastern Ukraine and hit several times since the end of February by Ukrainian strikes, finds itself at the top of the ranking indicating the place where these searches were made. Tickets for direct flights to the destinations closest to Russia - Armenia, Georgia, Azerbaijan or Kazakhstan - are all sold out for the day on Wednesday, according to the Aviasales site, very popular in Russia to buy his tickets.

In the direction of Istanbul with Turkish Airlines, which has become since Western sanctions and the closure of European airspace one of the main exit routes from the country by plane, "all flights are complete" until Saturday. At AirSerbia, to reach Belgrade, the next flight with available seats was posted for Monday 26.

Domestic flights to cities close to the country's borders have also exploded, as evidenced by these tickets offered from Moscow to Vladikavkaz, in the south of the country, for more than 750 dollars ... against barely 70 dollars normally.

At the start of the Russian offensive in Ukraine, a first exodus of Russians opposed to the assault or fearing mobilization had taken place. No official estimate has been made public, but it affected at least tens of thousands of people. The mobilization announced by Vladimir Putin initially concerns 300,000 reservists, but, according to the Ministry of Defense, a total of 25 million Russians can be mobilized to join the ranks of the army in the east and south of the Ukraine.

An online petition launched on the change.org site to denounce the mobilization gathered 160,000 signatures in a few hours. This Wednesday, at 5 p.m., it displayed nearly 250,000 signatures.

"We, citizens of Russia, women and men, oppose the general and partial mobilization. President Vladimir Putin has no legal basis, no weighted and reasoned reason for announcing it, and cannot have any", write the instigators. "In the current situation of uncertainty, we are not ready to expose the men of our country - brothers, sons, husbands, fathers and grandfathers - to moral, moral or physical danger," they add.

As French-Belarusian journalist Andrei Vaitovich notes on Twitter, Internet searches for the query "how to break your arm" are also on the rise, most likely Russians in no hurry to join the ranks of the army in the eastern and southern Ukraine.

The MOEX Russia index - the ruble-denominated benchmark for the Russian stock market - fell 10% on Wednesday, before paring losses to 3% at 2.150, extending the 9% drop from the last session, according to Trading Economics data reported by Newsweek.

This index had already fallen on Tuesday when the authorities installed by Moscow in four regions of Ukraine, Lugansk, Donetsk, Kherson and Zaporizhia, had announced the urgent holding from September 23 to 27 of "referendums" of annexation by the Russia.

Russian financial markets were also put under pressure by news that Russia would tax exports to raise 3 trillion rubles (more than $49 billion) to cover its budget deficit.