New sanctions against Russia: what are EU countries discussing?

For the eighth time since the beginning of the war, the European Union intends to agree on new sanctions targeting Russia. 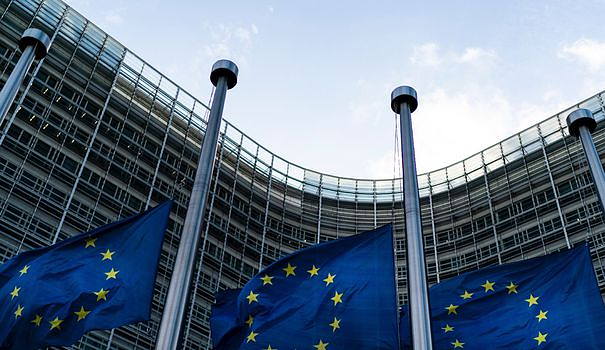 For the eighth time since the beginning of the war, the European Union intends to agree on new sanctions targeting Russia. The High Representative of the EU for foreign policy Josep Borrell affirmed this on Wednesday evening, after the "escalation" announced by Moscow. “We will continue to increase our military aid and study new restrictive measures” against Russia. "All of this calls for new sanctions on our side" also launched Ursula von der Leyen, the President of the Commission, at the microphone of CNN.

The 27 have yet to publicly specify which areas would be newly targeted or sanctioned more harshly. However, to move up in rank, several choices are still available to the EU. "It would be wise for Brussels to further expand the list of personalities subject to sanctions, such as the freezing of assets and the limitation of the ability to travel, advances to L'Express Cyrille Bret, associate researcher at the Institut Jacques Delors: This time, it is the political and administrative leaders of the second level who would be targeted, and not only members of the military sphere or the oligarchs. Since the beginning of the conflict, 1206 people and 108 entities have been subject to an asset freeze and a ban on entering EU territory.

After the ban on the purchase of Russian gold last July (an integral part of the seventh series of measures), it would seem that the Europeans are now leaning timidly on the question of stopping diamond imports. Russia is the world's largest supplier, with production rising 30% and exporting over $4.5 billion last year. But until now, thanks to fierce lobbying by Belgium, a privileged importer, precious stones were absent from the list of embargoes. A position increasingly difficult to defend for Belgium, while Vladimir Putin announced the partial mobilization this Wednesday, September 21.

"If the EU wants to strike hard, it must attack economic sectors that are more related to the civil and less to the strategic, emphasizes Cyrille Bret. This means, among other things, attacking the luxury industry and the sectors which have nothing to do with the conduct of military operations, but which penalize the whole country". Shortly after the invasion of Ukraine, the United States banned the import of "non-industrial" diamonds from Russia.

According to the European Commissioner in charge of energy Kadri Simon, questioned on the Euronews channel, new sanctions against Russian energy resources are unlikely. However, a gas price cap remains on the table, even if the idea is not unanimous among the 27. "Energy is already affected by several sanctions, I personally think that it is necessary to put in place a cap on the price of Russian gas because we don't have a gas sanction yet. It is not fair that Russia, which manipulates supplies, partially covers the reduction in volumes with higher prices", she clarified.

This new wave of sanctions could also target other specific sectors, such as aviation. According to the EU, 64% of the Russian civilian fleet is produced abroad. Targeting this sector would therefore prevent him from having many devices repaired. In addition, the discussions of the 27 for new sanctions are also oriented towards the industry of artificial intelligence and cybersecurity.

This new set of potential sanctions has not yet been formally tabled, however, after meetings between Commission officials and member state representatives that began on Friday. Consensus is becoming more and more difficult. Especially since Hungary has called for "renouncing an eighth package of measures", believing that Europe is suffering more from the sanctions imposed on Moscow than Russia itself.