It's a crushing defeat, even if it was expected. 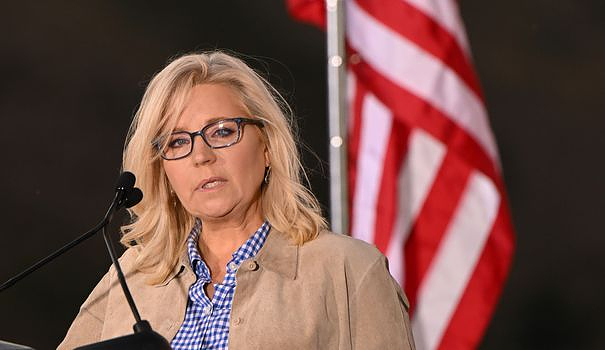 It's a crushing defeat, even if it was expected. Liz Cheney, spokesperson for anti-Trump Republicans, was sharply beaten Tuesday, August 16, in her primary in Wyoming for a seat in the House of Representatives, facing a candidate supported by former President Donald Trump, Harriet Hageman , a 59-year-old lawyer.

Main pet peeve of the Republican billionaire since she dared to join the parliamentary committee investigating her role in the assault on the Capitol on January 6, 2021, Liz Cheney, 56, does not intend to lower her arms. "I will do whatever it takes to ensure that Donald Trump never comes near the Oval Office again," former Vice President Dick Cheney's daughter said after his defeat. Rumors lend ambitions for the presidential election of 2024 to this heiress of a very traditionalist, pro-gun and anti-abortion right.

Donald Trump had pledged to defeat Liz Cheney, putting all his weight behind his rival Harriet Hageman, with whom he went to campaign at the end of May. The ex-real estate magnate, who has personally pledged to support some 150 candidates in local and national elections, immediately applauded the defeat of Liz Cheney, who voted for the impeachment to which Donald Trump eventually escaped. "She should be ashamed of herself, of the way she acted," he said on his social network, Truth Social. "Now she can finally fall into the oblivion of politics," he also rejoiced.

In Wyoming, a state which voted more than 70% for Donald Trump in the last presidential election, Harriet Hageman supports in particular the theory conveyed by the Trump clan according to which the 2020 election was "stolen" from the former president, despite the overwhelming evidence to the contrary.

The Republican nomination in the election for the House of Representatives will therefore go to Donald Trump's protege, further strengthening the hold of the former White House tenant on the Republican Party, despite the many investigations to which it is subject. As if, by dint of accumulation, all these affairs no longer had a hold on him.

Republicans opposed to Donald Trump for the most part do not have the wind in their sails. With the approach of the mid-term legislative elections, which will take place on November 8, 2022, and where all of the 435 members of the House of Representatives must be renewed, eight of the ten Republicans who wanted to dismiss him will not be candidates, relates The echoes. Half of them have since announced their retirement, and the other half have lost against a candidate supported by the ex-president.

Since the beginning of the year, the daily also specifies, the Republican primaries have been dominated by 53% (250 nominees out of 469) by "election deniers", in other words those who claim without proof that Joe Biden was elected fraudulently. to the presidency. They are the ones that the Republican activists have designated to run next November, during the midterms, for parliamentary seats but also for executive, legislative or administrative positions in their state.

On June 14, Tom Rice, elected from South Carolina, was sharply beaten in a Republican primary in which he challenged his seat in the American Congress. This defeat pleased Donald Trump, who said he was delighted on Truth Social that the elected official was "fired without even needing a second round". In recent months, the former president had not held back his blows against Tom Rice, a "coward", a "cretin (...) who is laughed at in Washington". Tom Rice was one of ten rare elected conservatives to have supported with the Democrats the "impeachment" of Donald Trump, a week after the assault on Capitol Hill.

Donald Trump does not only accumulate good electoral news, however. A figure of American populism, Sarah Palin, 58, is seeking Alaska's only seat in the United States House of Representatives. On July 9, the former governor of the northern American state had received the support of Donald Trump, who went to campaign for her.

However, his Republican primary was "more difficult than expected", as Jean-Eric Branaa notes on Twitter. "She qualifies but does not crush the election as she hoped. Even with the support of Donald Trump, she only collects half of the votes of the Grand Old Party (GOP, the Republican Party)", notes the master conferences at the University of Paris-II-Panthéon-Assas, specialist in the United States.

Yet pounded by Donald Trump, Lisa Murkowski, one of the rare Republican senators to have voted in favor of the dismissal of the former president in January 2021, will be a candidate for a new term as a senator next November. As reported by the New York Times and Associated Press this Wednesday, August 17, Lisa Murkowski qualified with her main internal rival, Kelly Tshibaka.

Out of around 50% of the votes reported, Lisa Murkowski and Kelly Tshibaka – whom Donald Trump had come to support – were neck and neck with just over 40% of the votes each. In a voter-approved election process used for the first time in elections in Alaska this year, party primaries have been scrapped. They have been replaced by preferential choice voting.