Iran: overthrow the mullahs' turban, a new symbol of the anti-regime revolt

Iranian demonstrators are redoubled in creativity and courage to oppose the bloody repression affecting the country, and in particular women since the death of the first demonstrator on September 16. 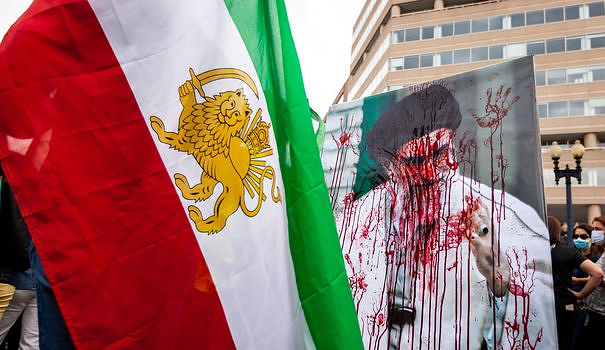 Iranian demonstrators are redoubled in creativity and courage to oppose the bloody repression affecting the country, and in particular women since the death of the first demonstrator on September 16. For the past week, a new form of protest has consisted of removing the turban of the mullahs, this religious elite who have embodied the authoritarian and repressive regime of the Islamic Republic since 1979.

The new gesture comes on top of protests that have sprung up across the country since the death of 22-year-old Masha Amini, three days after she was arrested by the morality police for baring her hair in public. According to a count by the NGO Iran Human Rights based in Olso, 305 people have been killed in the past two months in the repression of these demonstrations by the Iranian authorities. International NGOs also estimate that more than 15,000 people have been detained since the protests began, including journalists, artists and activists.

On social networks, dozens of videos of "turban throwing" are added to those of Iranian women removing their veils or cutting their hair. The scenes take place in Tehran, but also in Shiraz or Ispahan, or in smaller towns. We see Iranians, often young, overturning or throwing the mullahs' turbans, the ultimate gesture of mockery.

A very strong symbol, since these figures of power and authority control the main institutions of this theocratic Shiite regime, both in the legal, religious and educational fields. While young people flee in most videos, some show unhooded mullahs being confronted by small crowds, sometimes being pushed or beaten.

A parody Twitter account named "Iranian Turban Thrower Federation" was even born, compiling all the videos posted on the network. The practice has become so common that some clerics have taken to wearing protection over their turbans in an attempt to keep them in place, according to the correspondents in Iran of the American network CBS.

This gesture is not new. According to the Iranian reformist newspaper Etemad, translated by Courrier International, it was originally used by "radical groups linked to the conservatives" themselves, who discarded "the turbans of clerical members of the reformist government in 2009". The media close to the government, meanwhile, accuse Western newspapers of encouraging these profane gestures among young Iranians.

The international community on Monday imposed new sanctions on Iran in response to the crackdown. The European Union has announced that it is sanctioning 29 Iranian officials, including the Minister of the Interior, and the public channel Press TV, accused of having broadcast "forced confessions" from detainees. This decision was taken in cooperation with the United Kingdom, which did the same to around twenty leaders. Last month, the EU had already frozen the assets and banned visas of the leaders of the "morality police", the Revolutionary Guards and the Iranian Minister of Information Technology.

For his part, Emmanuel Macron expressed his "admiration, respect and support" for Iranian women "in the context of the revolution they are leading". On Friday, November 11, he spoke during the Forum for Peace in Paris with four Iranian activists, Masih Alinejad, Shima Babaei, Ladan Boroumand and Roya Piraei, who could be hosted by France. Words condemned as "a flagrant violation of France's international responsibilities in the fight against terrorism and violence", according to the Iranian Foreign Ministry, adding that references to a "so-called revolution" were "regrettable and shameful ".

"I am in favor of us having a strong diplomatic reaction and sanctions on the personalities of the regime who have a responsibility in the repression of this revolution", affirmed the President of the Republic in an interview granted to Franceinter on Monday, specifying rule out "no option". He also said he wanted to speak "in the coming weeks" with President Ebrahim Raïsi. 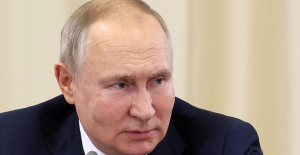 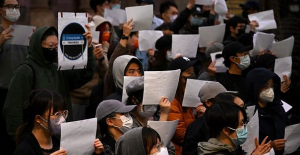