Iran: It's time for Westerners to live up to the protesters

Two months ago, a young Iranian Kurdish woman died in Tehran after being arrested for improperly wearing her Islamic veil. 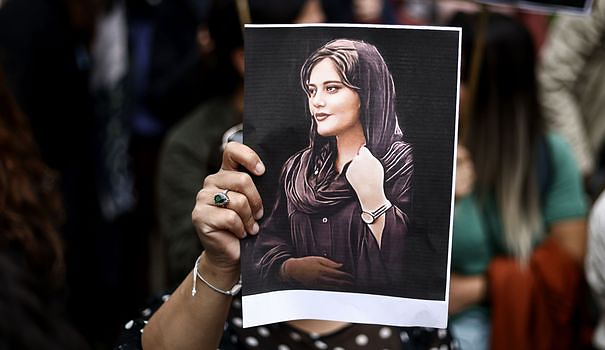 Two months ago, a young Iranian Kurdish woman died in Tehran after being arrested for improperly wearing her Islamic veil. An event that could have been passed over in silence if not for the courage of Iranian journalists who revealed the suspicious circumstances of this death. An event that could have been forgotten, so many have been the victims of the Tehran regime for 43 years, journalists killed in prison, disappeared for political opinions, sentenced to death for "propaganda against the regime". But an event that provoked an uprising of women, but also of men, of young people, of a whole generation but also of their elders. As the Iranian opponent Masih Alinejad explains in the interview she gave to L'Express, "the brutal death of Mahsa Amini is a turning point for Iranian women and for men as well, who demonstrate together in the streets When they killed Mahsa, everyone said to themselves: "We are Mahsa. Faced with this unprecedented uprising in its geographical distribution and composition, the authorities have clearly chosen the path of hardening. The authorities announced on Tuesday a second death sentence against a demonstrator, after a first on Sunday.

Two months after the start of the demonstrations, the question that arises is that of the tipping point: Is the revolt in Iran dying out, or on the contrary settling in time? Should the West intervene to support the Iranian population? And if yes, how ? Despite fierce repression, which left at least 326 dead (according to Iran Rights Watch), spontaneous gatherings and acts of civil disobedience continue, as evidenced by numerous videos posted daily on social networks. Recently, dozens of videos of "turban throwing" have been added to those of Iranian women removing their veils or cutting their hair. Iranians, often young, even teenagers, overturn or throw away the mullahs' turbans, the ultimate gesture of mockery.

French President Emmanuel Macron shocked many Iranians by shaking hands with Iranian President Ebrahim Raisi at the UN in September, just five days after the death of Mahsa Amini. It took a strong gesture to make people forget the unwelcome symbol. By receiving last weekend at the Elysee Palace four women opponents in exile, Emmanuel Macron wished to restore the fragile balance between the defense of human rights, in the name of French universalism, and the pragmatism which consists in negotiating with the regime of mullahs, particularly in the nuclear issue. It is the first time since the Islamic revolution of 1979 that a French president in office openly supports opponents of the regime. Tehran did not fail to take up the affront. The day after the meeting, we learned that seven French people are currently detained in Iran, and not five as previously announced.

Iranian opponent Masih Alinejad calls for going even further and truly isolating the regime. The European Union has chosen the path of sanctions, tightening restrictions on Iranian citizens linked to the government. But Iran is already the second most sanctioned country in the world, just behind Russia, and such moves are unlikely to relent a seasoned authoritarian regime. More than forty years after the revolution led by Ayatollah Khomeini, Iran seems to be at a turning point in its history. It is time for Western countries to rise to the occasion and step up their support for these voices that speak outside the straitjacket of the Islamic Republic.