Investigation against Trump: why justice does not want to give the reasons for the search

After learning that his "beautiful home" of Mar-a-Lago had been "besieged and raided" by the FBI, Donald Trump cried out for a "witch hunt", and persecution "like never before seen in our country". 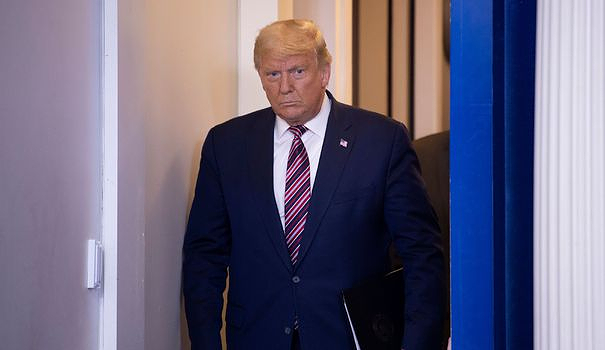 After learning that his "beautiful home" of Mar-a-Lago had been "besieged and raided" by the FBI, Donald Trump cried out for a "witch hunt", and persecution "like never before seen in our country". White-hot, his supporters then swore, on the Trumpist network Social Truth, to avenge their leader by attacking the FBI. This was the case in Cincinnati, where a man shot at the facade of the city's FBI office.

In an attempt to calm things down and inform the population, the Attorney General, Merrick Garland, announced on Friday August 12 that he had asked for the search seals to be lifted. The world was thus able to see the official search warrant and learn that documents classified as "top secret" had been seized from the former president's home. Among them, a "Macron file" hidden in a safe.

But Monday, August 15, the US Department of Justice objected to giving the reasons for this search, which several organizations and media were asking for. The ministry believes that the publication of this judicial document "would irreparably harm the ongoing criminal investigation", because of its content.

Indeed, unlike the documents made public so far, this one contains "extremely important facts about the investigation", and in particular "very sensitive information about witnesses". In order not to "compromise the success of the next stages of the investigation", the reasons will therefore be kept secret.

Nevertheless, the Washington Post revealed, as of Thursday evening, that the search aimed to recover documents relating to nuclear weapons. When he left the White House, Donald Trump would have taken with him documents intended for the national archives, thus raising fears of the discovery of American intelligence secrets.

The former president is suspected of having violated an American law on espionage, which strictly regulates the possession of confidential documents. For the sole defense, the businessman has, for the time being, suggested that "evidence" likely to incriminate him had been filed by FBI agents.

By refusing to share the reasons for the search, the Ministry of Justice takes the risk of confirming the idea of ​​the conspiracy, so dear to the Trumpists. But the disclosure of the reasons for the search might not have changed their minds, when we remember the words of Donald Trump, then a simple candidate for the 2016 presidential election: "I could shoot someone without losing a single voter."