In Central Asia, the former Soviet empire is cracking... and Putin seems helpless

By trickery and fire, he dreamed of restoring the Soviet Empire, when the 15 socialist republics covered one-sixth of the planet's land. 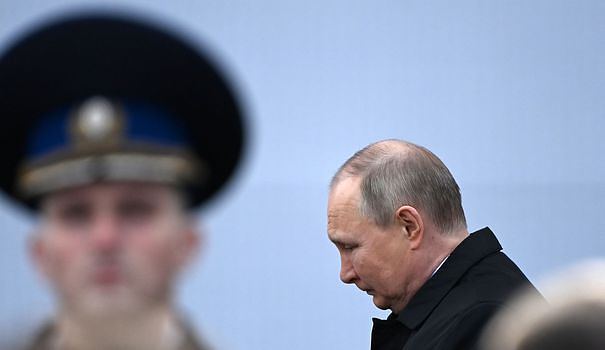 By trickery and fire, he dreamed of restoring the Soviet Empire, when the 15 socialist republics covered one-sixth of the planet's land. But the Russian dictator is not only in the process of bringing his country back to the state of disintegration in which it found itself in 1991, but also of losing control of its former zone of influence.

Weakened by the war in Ukraine, Vladimir Putin seems incapable of playing his role as arbiter. On September 13, at least a hundred Azerbaijani and Armenian soldiers were killed in the most violent clashes since the war between the two countries in 2020. That same week, more than 80 people died in fighting between Tajikistan and Kyrgyzstan. The reason ? Their common border, with a long-contested route.

What is Moscow doing? Not much. This is obvious in the conflict between Yerevan and Baku. "What is the use of the Russian peacekeeping force, stationed in Nagorno-Karabakh?" Asks Marie Dumoulin, researcher at the European Council for International Relations. The Kremlin could not prevent Azerbaijan from hitting Armenia. And what about the Collective Security Treaty Organization (CSTO), led by Moscow and supposed to compete with NATO? Armenia, which considers itself poorly protected by Putin, is asking to leave. As a result, "Russia is totally discredited", comments Marie Dumoulin, especially since Moscow has withdrawn troops from Central Asia to send them to Ukraine.

One man, however, could win the day: Chinese President Xi Jinping, whose interest in Central Asia is growing, intends to take advantage of Russia's loss of influence. China "firmly supports Kazakhstan [country member of the military alliance with Russia, but worried about its expansionist dreams, editor's note] in the defense of its independence, its sovereignty and its territorial integrity", he said. so stated recently. Beijing and Moscow may have reaffirmed their agreement with the West at the Shanghai Cooperation Organization summit in Uzbekistan in mid-September, but it was not lost on Xi Jinping that his "friend" Putin was losing his touch.