How Taiwanese are inspired by the Ukrainian resistance

In his apartment in the chic and residential district of Neihu, in Taipei, with a breathtaking view of Wuzhi Mountain, Kenneth Chen's family is ready. 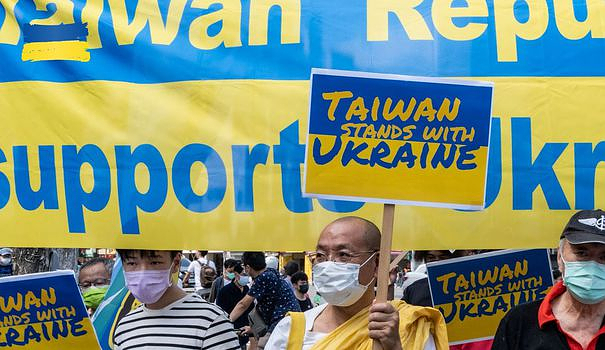 In his apartment in the chic and residential district of Neihu, in Taipei, with a breathtaking view of Wuzhi Mountain, Kenneth Chen's family is ready. "The risks of war have increased in recent years, observes this thirty-something computer developer lucidly. We discussed what we would do in the event of an attack from China. And we have already spotted the shelters near our home."

The war in Ukraine has undeniably caused an awareness among the population, sometimes considered a little careless, and in the government. Foreign Minister Joseph Wu told L'Express in June: "We are witnessing almost live a brutal attack by an authoritarian country against a democracy. What a war with China could look like suddenly becomes very concrete. ."

The aggression against the Ukrainian people arouses empathy in Taiwan. For two years, the island of 24 million souls has faced increasingly strong diplomatic and military pressure from Beijing, which considers it its own territory. On August 2, Chinese intimidation, with the largest military maneuvers in its history around Taiwan, took on an unprecedented scale after the visit to Taipei by Speaker of the United States House of Representatives Nancy Pelosi, who met with President Tsai Ing -wen, and Mark Liu, president of TSMC, the world leader in the semiconductor market.

For a year, and even more so since the start of the war in Ukraine, civil defense training groups, where you can practice first aid and the behavior to adopt in the event of an attack, have multiplied. .. and fill up. Here as elsewhere, the courage of the Ukrainians commands admiration: in several large cities of the country, solidarity groups with kyiv have thus emerged. "At the beginning of the war, many predicted that Ukraine would lose and we were afraid for our own situation. But this kyiv has still not lost: even if the Russians outnumber the Ukrainians, the resistance pays off", observes Kenneth Chen, who sees this as a source of hope.

“All the polls show that the Taiwanese are more determined to fight than before, welcomes Foreign Minister Joseph Wu. We want to be able to react like the Ukrainians, and we are trying to improve our civil defense. The Ministry of Defense has just published a manual aimed at helping citizens to protect themselves in the event of a conflict. For him, the war in Ukraine is full of lessons: "We see that small, very agile, decentralized units are effective in resisting a large land army. This conflict also encourages us to prepare for an asymmetric war in order to to prevent the Chinese from entering our territory. This is a subject that we are discussing with the United States. We are trying to obtain more weapons for a conflict of this type."

Immediately after the Russian invasion of Ukraine, President Tsai issued a statement condemning Russia's actions. Taiwan has also joined international sanctions against Moscow. "We believe that the United States' commitment to Taiwan is rock solid, insists Joseph Wu. But the defense of the island is our responsibility. After all, it is our country, our people and our way of life. democratic life that we want to protect."

According to a recent poll, 60% of Taiwanese people are not worried about the Chinese military show of force following Nancy Pelosi's visit to Taipei. In fact, many people were reassured by this American trip: "His coming is a very strong symbol, enthuses, for example, Tsern Lin, 39, illustrator in Taipei. Let's imagine that Taiwan is attacked, then the United States would intervene in for sure."

Computer developer Kenneth Chen agrees: "Some say that if the Americans don't send troops to Ukraine, that means they won't intervene in Taiwan either. But, from an economic and strategic point of view, Taiwan is much more important to the interests of the United States. After all, we are at the heart of the global production chain, with our semiconductors." 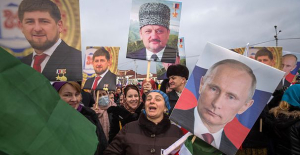