From Russia to Zelensky: when a book and a series evoke the month of February 2022

Editions de l'Aube publish I am writing to you from Moscow, diary of an anonymous Russian writer, Alexandre S. 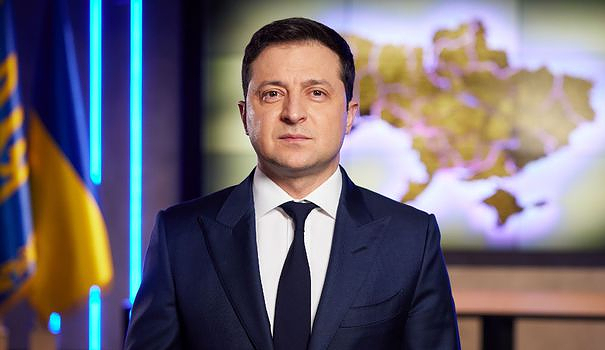 Editions de l'Aube publish I am writing to you from Moscow, diary of an anonymous Russian writer, Alexandre S. It begins on February 24, 2022: "Last night I went skiing with a friend." No need to try to guess who is hiding behind this nickname, since his name would probably mean nothing to me. On the other hand, this reading experience sheds light on my ability to recognize a writer. A good writer, if possible. Publishers who receive manuscripts from strangers in the mail must feel the same, like a blind tasting.

On April 27, Alexandre S. lists the objects looted from the Germans by his grandfather-general of the victorious Red Army in 1945: "A sofa covered with a dark pink fabric and with lion's paw feet. A sideboard on brass wheels. A chocolate box with printed white napkins..." the writer, the stroke of genius in this list that sets the scene for the life of Alexandre S., a childhood spent surrounded by the trophies of the Great Patriotic War, as they call it. The whole S. family stuck for seventy-five years between the Kayzer sewing machine and the Wolkenhauer piano, ghosts of a defeated Germany which will have continued to haunt a Russia inconsolable with its 20 million soldiers sacrificed, plus 20 million civilians, and another 20 million deportees, all by Stalin. There would be among the Russians, according to Alexandre S., a "humiliated arrogance". And humiliated by a country supposed to be invaded and liquidated in three days.

“A strange and terrible thought came to my mind, he wrote on May 3, we are tired of living and have decided to start a war to die in a spectacular way”. He is not very kind to those who flee; he stays, because Russia "is my country". We will not know what he thinks of the mobilization decreed by Putin because his newspaper stops on May 24. Nor will he have spoken of Zelensky. I will do it instead.

The third and final season of Servant of the People is now visible on Arte, it has only three episodes, shot while Zelensky was preparing his candidacy for the presidential election. Broadcast at the time of the campaign, these three episodes constitute a kind of electoral propaganda fiction of unprecedented frankness. To summarize: we are in 2030 and a history teacher explains to his students how and why Ukraine has become rich and prosperous. He therefore tells that in 2019, Vassili Goloborodko, the double of Zelensky, who became President of the Republic, finds himself at the head of a country torn apart by insoluble conflicts between regional baronies.

Ukraine is once again running to ruin, until the day a tragic event occurs: 57 miners find themselves trapped at the bottom of a damaged mine in Lviv, eastern Galicia. Only Donbass rescuers would be able to save them. But the head of the Galician militia refuses to allow guys from Donbass to set foot in Galicia. We don't know how, but they arrive anyway, and save the miners of Galicia to the applause of a country finally reconciled.

What never ceases to amaze me is that the screenwriters of the series shot in 2018, located this tragic but redemptive accident "in February 2022". A little more, they fixed it at the exact day and time of the entry of the Russians into Ukraine.

It will not be the first Copernican reversal operated by Volodymyr Zelensky, because if all the great characters of History have inspired fictions, more or less hagiographic, for the first time in the world, a fiction will have generated History. We will need time to digest that, to measure its importance, for cinema and for politics. 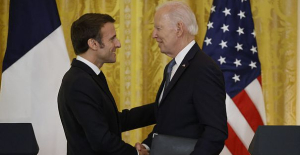 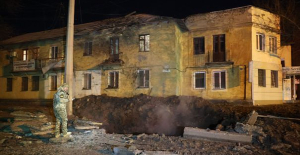