Digital currency: the United States and Europe advance their pawns

With small steps, Western powers are moving towards the creation of central bank digital currencies (MNBC). 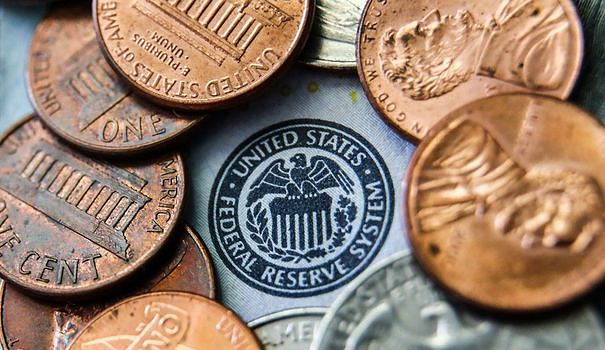 With small steps, Western powers are moving towards the creation of central bank digital currencies (MNBC). In the United States, Joe Biden had asked the Treasury, the Commerce Department and several federal agencies last March to submit a report on the “future of the currency” within six months. From these investigations, a rather clear conclusion emerges: “Responsible development of digital assets is vital to American interests,” said the main economic adviser to the White House, Brian Deese, during a press conference call. New studies are now expected, under the aegis of the Treasury and the powerful Fed (US Federal Reserve), the central bank that would issue this “e-dollar”. "We have to be very, very careful about this analysis, because the implications of this development would be profound for a country that issues the world's leading reserve currency," added Brian Deese.

The Europeans are working in the same direction. The European Central Bank (ECB) has announced its collaboration with five companies to develop potential user interfaces for the digital euro. The aim is to measure whether the technology behind a European digital currency will integrate with prototypes developed by companies. The European Union and its American ally are looking in the same direction. The counterattack by central banks is intensifying in the face of the rise of cryptocurrencies (Bitcoin, Ethereum, etc.) which has intensified with the Covid-19 pandemic. A dozen countries, like Nigeria or Jamaica, have launched their own active ingredients, and a dozen others, including China, Sweden and South Korea, remain in the advanced phase of testing, according to the think tank. American Atlantic Council.

After the publication on Friday of the report on the future of the currency, the White House has also expressed its wish to strengthen the law in the sector of digital assets and to identify the gaps in the regulation of cryptocurrencies. Joe Biden plans to petition Congress to change the Bank Secrecy Act to apply to digital asset service providers, including cryptocurrency exchanges and non-fungible token (NFT) platforms. The Justice Department also said it is preparing to create a Digital Assets Coordination Group overseeing 150 federal prosecutors to prosecute cryptocurrency-related crimes.

The American president also insists on the inclusiveness of a state digital currency, if it were to materialize. The request should smile to cryptocurrency advocates who are already making the case for the benefits of these assets for marginalized populations, in a country where 5% of people do not have a bank account, because of the high fees. Some 40 million Americans, or 16% of the population, have already invested in cryptocurrencies.

The European Central Bank (ECB) remains a little more advanced than the United States in this area thanks to its two-year pilot project launched in the summer of 2021. The effort, comparable to that of China and its e- yuan, aims to meet the needs of Europeans while establishing itself as a more reliable player than decentralized merchants. The obstacles to the development of a common digital currency remain numerous. There remain design and distribution issues to protect transaction secrecy. It is with this in mind that the ECB recently approached five companies in order to carry out transaction simulations. The companies were chosen from a group of 54 front-end providers.

CaixaBank will act as a prototype for peer-to-peer online payments; the French multinational Worldline will serve on offline peer-to-peer; the Italian electronic payments company will make its services available for payee-initiated point-of-sale payments, while the European Payments Initiative will serve as the basis for payer-initiated point-of-sale payments. More surprisingly, the American giant, Amazon, was chosen to embody the model of e-commerce payments. This prototyping work is part of the pilot project, the conclusions of which will be released in the first quarter of 2023.