Death of Elizabeth II: Macron salutes "a friend of France" who "has marked her century forever" 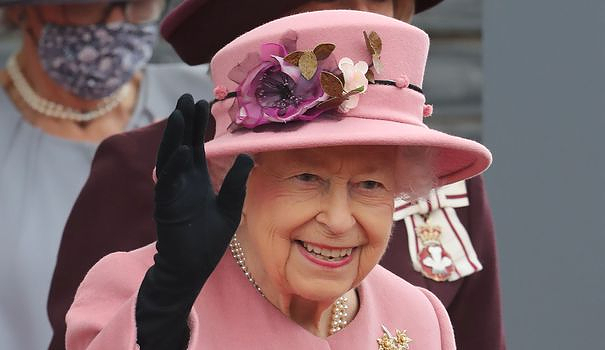 Elizabeth II's eldest son, Charles of Wales, becomes the new king. He expressed his "great sadness" in a statement.

The death of Elizabeth II represents "a deeply sad moment for the United Kingdom", said the First Minister of Scotland.

“She is an important part of Canadian history”

The White House sends its "thoughts" to the British people

The White House expressed its "thoughts" for the family of Queen Elizabeth II, as well as for the "people of the United Kingdom", said its spokeswoman Karine Jean-Pierre.

"Our feelings and thoughts are with the Queen's family and the people of the United Kingdom," President Joe Biden's spokeswoman told reporters who had just told her at the end of her daily briefing. , the death of the monarch.

"As we offer our condolences to all of our neighbors in the UK on the death of a remarkable friend from Ireland, we are reminded of the role Queen Elizabeth played in the long friendship between the two country with a tormented history," said the president.

The head of the UN salutes the "grace" of the sovereign

UN Secretary General Antonio Guterres on Thursday praised "the grace, dignity and devotion of Elizabeth II", who has been a "reassuring presence during decades of far-reaching change".

Jens Stoltenberg immediately reacted to the announcement of the death of Elizabeth II, saying he was "deeply saddened" by the death of the sovereign.

NATO Secretary General Jen Stoltenberg at a press conference after a meeting of the NATO-Russia Council on January 12, 2022 in Brussels.

Emmanuel Macron paid tribute to Elizabeth II, whom he hailed as "a friend of France, a queen of hearts" having "forever marked her country and her century".

"Her Majesty Queen Elizabeth II embodied the continuity and unity of the British nation for more than 70 years. I remember a friend of France, a queen of hearts who forever marked her country and her century", reacted the president in a tweet, after posting a photo of the queen, who died at 96 in his Scottish castle of Balmoral.

President Emmanuel Macron kicks off the National Council for Refoundation on September 8, 2022 in Marcoussis (Essonne).

The flag at half-mast at Buckingham Palace

The British flag was lowered to half-mast on Buckingham Palace, where hundreds of people were gathered, at the time of the announcement of the death of Queen Elizabeth II.

People present in front of the palace burst into tears and the crowd fell silent, noted an AFP journalist, while on television the BBC broadcast the British anthem.

Queen Elizabeth II, the most famous monarch on the planet, died on Thursday at the age of 96 in her Scottish castle of Balmoral, her family by her side, and her son Prince Charles automatically succeeding her.

"The Queen died peacefully at Balmoral this afternoon. The King and Queen consort will remain at Balmoral this evening and will return to London tomorrow," Buckingham Palace said in a statement, an announcement greeted with enormous emotion in the Kingdom. United where Elizabeth II was very popular.

The state of health of Queen Elizabeth II is causing concern in the United Kingdom. (Photo by Frank Augstein/POOL/AFP).