Many people like cryptocurrencies, but opponents point to a major flaw—cryptocurrency mining is highly energy-intensive.

Unfortunately, there is no direct way to calculate how much energy is used for cryptocurrency mining; however, the figure can be estimated from the network's hashrate as well as the consumption by commercially-available mining rigs.

For instance, the Cambridge Bitcoin Electricity Consumption Index estimates that Bitcoin used an estimated 85 Terawatt-hours (TWh) of electricity and about 218 TWh of energy at the point of production—more than Belgium using the latest country energy estimates from 2019.

Moreover, another estimate by Digiconomist places the figure at 130.3 Terawatt-hours, based on energy consumption through July 9, 2022. What’s interesting, this computes to around 1455.8 kilowatt-hours of electricity per transaction.

Let’s take a look at Ethereum, the second-largest cryptocurrency network. It is estimated to use 62.77 Terawatt-hours of electricity annually, based on energy consumption through July 9, 2022.

Hopefully, Ethereum developers have created a solution by implementing the proof-of-stake consensus mechanism; however, it remains in the testing phase.

The issue isn’t confined to Bitcoin and Ethereum. There are more than 20,000 different cryptocurrencies and over 500 exchanges around the world.

We also have to mention that none of the cryptocurrency energy use reports or calculations account for the energy expended to develop new coins or administer services for them.

Furthermore, the amount of energy consumed by cryptocurrency mining will likely vary over time, assuming that prices and user adoption continue to vary. It is no secret that cryptocurrency mining is a competitive process: as the value of the block reward goes up, the incentives to start mining also go up.

As stated above, there are thousands of cryptocurrencies. So, it is a very complex issue.

People should remember that the energy intensity of crypto mining is a feature, not a bug. As you know, Bitcoin mining is the automated process of validating Bitcoin transactions without the intervention of trusted third parties like banks.

The way the transaction validation process is designed consumes a lot of energy—the network depends on the computational power of thousands of cryptocurrency mining machines. Importantly, this dependency maintains the security of cryptocurrency blockchains that use proof-of-work consensus.

Climate change remains one of the most debated topics in the world. It would take years to improve the situation.

Unfortunately, it is not an easy task to calculate the carbon footprint of cryptocurrency. Even though fossil fuels are the predominant energy source in the vast majority of countries where cryptocurrency is mined, cryptocurrency miners must seek out the most inexpensive sources of energy to remain profitable. Quite often, that means relying on new alternative energy installations.

According to Digiconomist, the Bitcoin network is responsible for about 73 million tons of carbon dioxide annually. 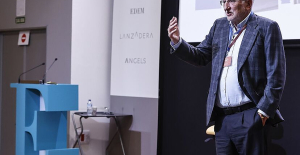