Counter-offensive, Russian debacle... The fear of the intensification of the war in Ukraine

It is with your back to the wall that it is useful to go all-in, poker players know it, warlords too. 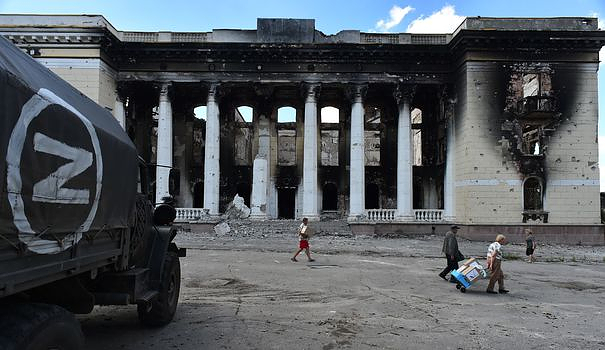 It is with your back to the wall that it is useful to go all-in, poker players know it, warlords too. Cornered by the counter-offensive launched by Volodymyr Zelensky, by the disintegration of support from India, China and Russian public opinion, will Vladimir Putin try to impress the world, by throwing all his weapons in the war in Ukraine? The master of the Kremlin lets it be understood, as he has already done in the past. But this time, the context seems particularly unfavorable in Moscow, raising fears of a sudden escalation of the conflict in Ukraine.

Nothing is going any more for the autocrat. In less than a week, kyiv conquered more territory than Russian troops in the last five months. So much so that on television, certain voices reconsider Russian superiority. A first, while it is illegal in Russia to contradict the regime. "It is impossible to beat Ukraine with the current means", warned in particular the politician Boris Nadezhdin in front of the cameras of the Russian channel NTV. Based on this observation, Nadezhdin advocates peace. Others call to strike harder.

To this new public pressure is now added that of its allies. Also this Friday, Indian Prime Minister Narendra Modi, who has never condemned the Russian invasion, told his "Excellence" that "the time was not for war". A friendly advice, in short, which comes after that of China. In private, Chinese President Xi Jinping expressed his "concerns" about the turn of events, Moscow acknowledged. India and China are among the few countries to continue buying Russian oil and gas. Russia needs to finance its war, and therefore to satisfy its customers.

Putin could also play the arms card, as the United States - and Europe to a lesser extent - are flooding Ukrainian troops with weapons. The Kremlin regularly threatens to strike the neighboring countries of Ukraine, members of NATO, which allow the delivery of these essential resources to the Ukrainian counter-offensive. The hypothesis of the use of nuclear or chemical weapons is considered credible by a part of Western leaders."It would change the course of the war, like never since the Second World War (...) Don't do it, don't do it, don't do it", urged Joe Biden on CBS this Saturday .

According to British intelligence, the escalation of the war has already begun. And civilians are already paying the price. "Over the past seven days, Russia has increased the use of strikes against civilian infrastructure, even when no military interest has been identified...As Russian troops retreat, Russia has likely expanded its targets, with the intention of undermining the morale of the Ukrainian people and government," British Intelligence said on Sunday. The Russian president had already announced "massive strikes" to thwart the counter-offensive. Putin has once again followed through on his threats.