Post a Comment Print Share on Facebook
Famagusta 26
DOLLAR 18,58
EURO 18,44
GOLD 1.025,38
BIST 3.533,99
"An age that is evidently becoming more and more aflame"
Why is everyone suddenly writing novels now?
A blunt accusation and a broadside that can hardly be surpassed in terms...
Why the Corona dent has been overcome in the musical
SWR director relies on a broader range of opinions in ARD comments
The Feminist from the Coal Mountains
Will this man be the new Nobel Prize winner?
How threatened is diversity of opinion in the media?
A forgotten way to see the world in a whole new way
How threatened is diversity of opinion in the media?

Chinese troops deployed in Russia, what for?

According to the communication from the Chinese state, these maneuvers have "no relation to the current situation at the regional and international level". 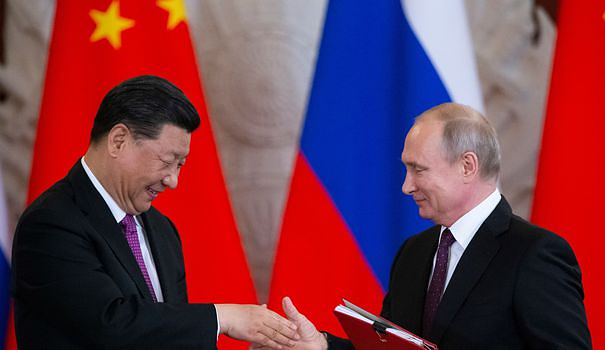 According to the communication from the Chinese state, these maneuvers have "no relation to the current situation at the regional and international level". Scheduled each year, the "Vostok" military exercises based in Russia will be held well in 2022 against the backdrop of the war in Ukraine. Scheduled from August 30 to September 5, these operations aim to "deepen cooperation" between the two armies and bring bilateral relations "to a higher level", specifies Moscow.

It is the second time that China and Russia have participated in joint exercises this year. Last May, the two countries organized 13-hour maneuvers near Japan and South Korea, forcing the latter to launch fighter jets as a deterrent, when US President Joe Biden was in Tokyo. Since then, the Chinese army has multiplied military deployments around the island of Taiwan. Other countries must participate such as India, Belarus, Mongolia or Tajikistan

From there to see the formation of a military alliance around a Moscow-Beijing axis? The amplification of collaboration is cause for concern as the regime led by Xi Jinping has been criticized for opposing Western sanctions and arms sales to Ukraine. Asked about Chinese participation in these joint exercises, the spokesman for the US State Department, Ned Price, was rather confident in displaying no "particular interpretation" of these maneuvers.

“Most of the countries concerned also regularly participate in a wide range of military exercises and exchanges with the United States,” he made the distinction during a press conference. The Americans were particularly well informed about the deployment of Russian forces that led to the invasion of Ukraine last winter.