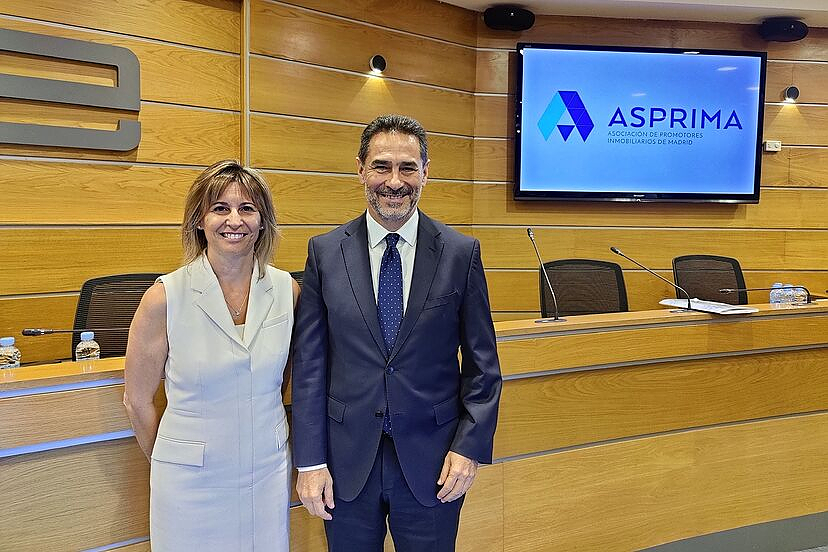 Roca, until now vice president of Asprima, will hold this position for a period of four years, although she may renew for another four years as stated in the association's statutes.

Gómez-Pintado, who has held the position of president of Asprima for the last eight years, highlighted the milestones achieved by the association for the real estate sector such as "the increase in the use of new technologies and innovation, the advances made in the regulatory plan and public-private collaboration for the search for solutions that facilitate access to housing, which has greatly modernized and professionalized the sector".

Roca, for his part, pointed out that Asprima's work in a sector as "complex" as the promoter is essential to anticipate and monitor issues such as urban planning, land generation and license processing, high taxation, scarcity of labor or the necessary adaptation to comply with the 2030 agenda. "All this with a priority social objective: that the promoters of Madrid are capable of putting on the market all the housing that the demand needs, at the prices that the demand can access".

As for his professional career, Roca has more than 25 years of experience as the third generation in Grupo Roca, specializing in protected housing for private development in Madrid, Valencia, Catalonia and Aragon. The new president of Asprima has a degree in Economic and Business Sciences and a degree in Law from the Comillas Pontifical University of Madrid (ICADE E-3).

‹ ›
Keywords:
InmobiliariomercadoEmpresasInmobiliario Y ConstrucciónMercado Inmobiliario
Your comment has been forwarded to the administrator for approval.×
Warning! Will constitute a criminal offense, illegal, threatening, offensive, insulting and swearing, derogatory, defamatory, vulgar, pornographic, indecent, personality rights, damaging or similar nature in the nature of all kinds of financial content, legal, criminal and administrative responsibility for the content of the sender member / members are belong.
Related News